After its founding in 1959, the BRGM was structured and developed throughout the 1960s. During this decade, its organisational grid gradually extended its coverage of the national territory, while its scope extended beyond the borders of France and its means expanded to integrate new technologies.

As a result of the merger of the French geological research and mining exploration offices, BRGM continued to be subject to administrative reorganisation after 1959. In 1961, it took over the activity and staff of the Geological mapping service in French Guiana. Between 1960 and 1962, it incorporated a large part of the staff of the Federal Directorates of Mines and Geology of French West Africa (AOF) and French Equatorial Africa (AEF). In 1968, it absorbed the French geological mapping service, created a century earlier by Napoleon III. This merger allowed it to cover the entire production chain, from field surveying to publishing. In 1970, the Geological mapping service of Alsace-Lorraine (Sgal) joined BRGM. 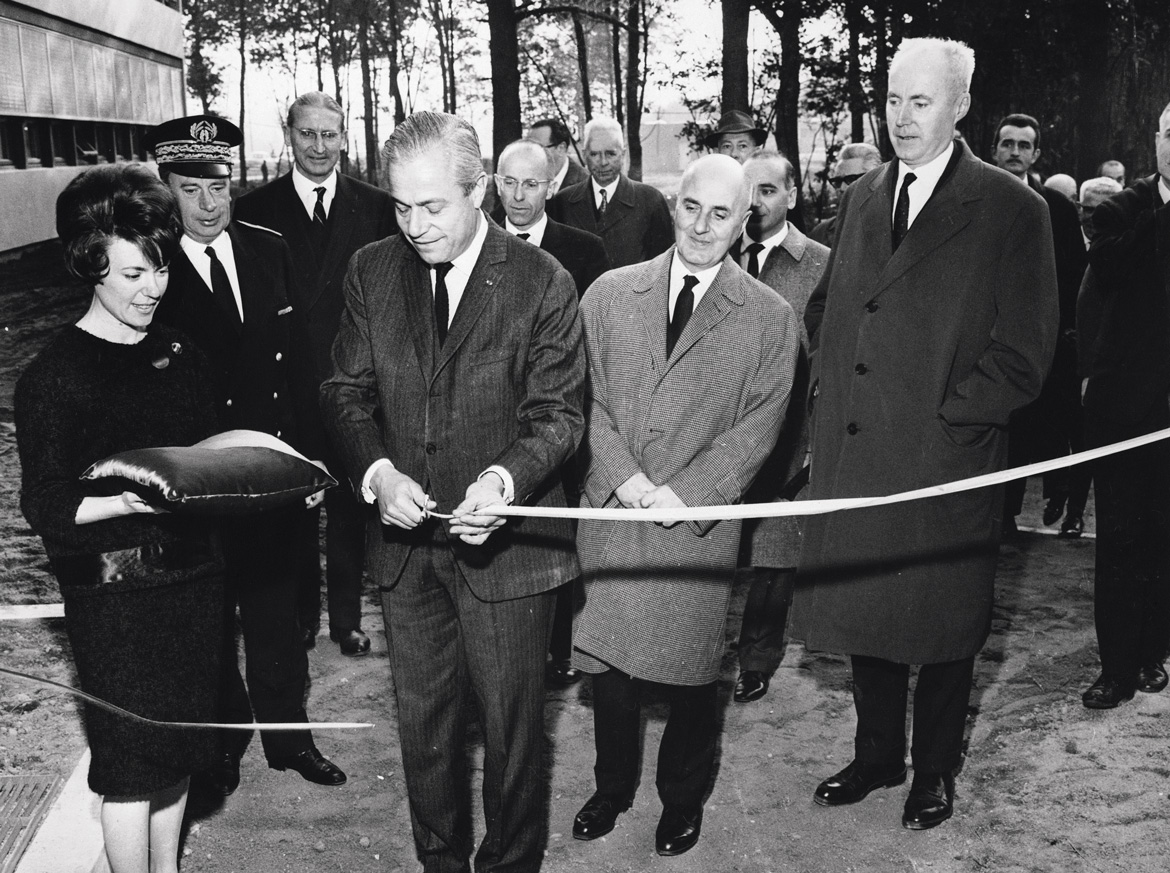 The inauguration of the first buildings of BRGM's scientific and technical centre in Orléans-la-Source by Mr Bokanowski, Minister of Industry (Orléans, Loiret, France, 23 October 1965).
© BRGM

The gradual regionalisation of activities

The establishment was also reorganised on the regional level. In 1965, all the teams were grouped together at a single site, at Orléans-La Source. Inaugurated by the Minister of Industry on 23 October, six years to the day after the creation of BRGM, this new technical and scientific centre concentrated most of the establishment's resources.

While the head office remained in Paris, the Orléans site was responsible for overall coordination of activities in France and abroad. Continuing the regionalisation initiated by its predecessor, the BRGGM, BRGM created its first regional geological mapping service (service géologique régional - SGR) in 1962, in the Nord–Pas-de-Calais region. The regional extension of activities throughout France then continued with the opening of SGRs in the 22 regions of mainland France and its overseas territories. 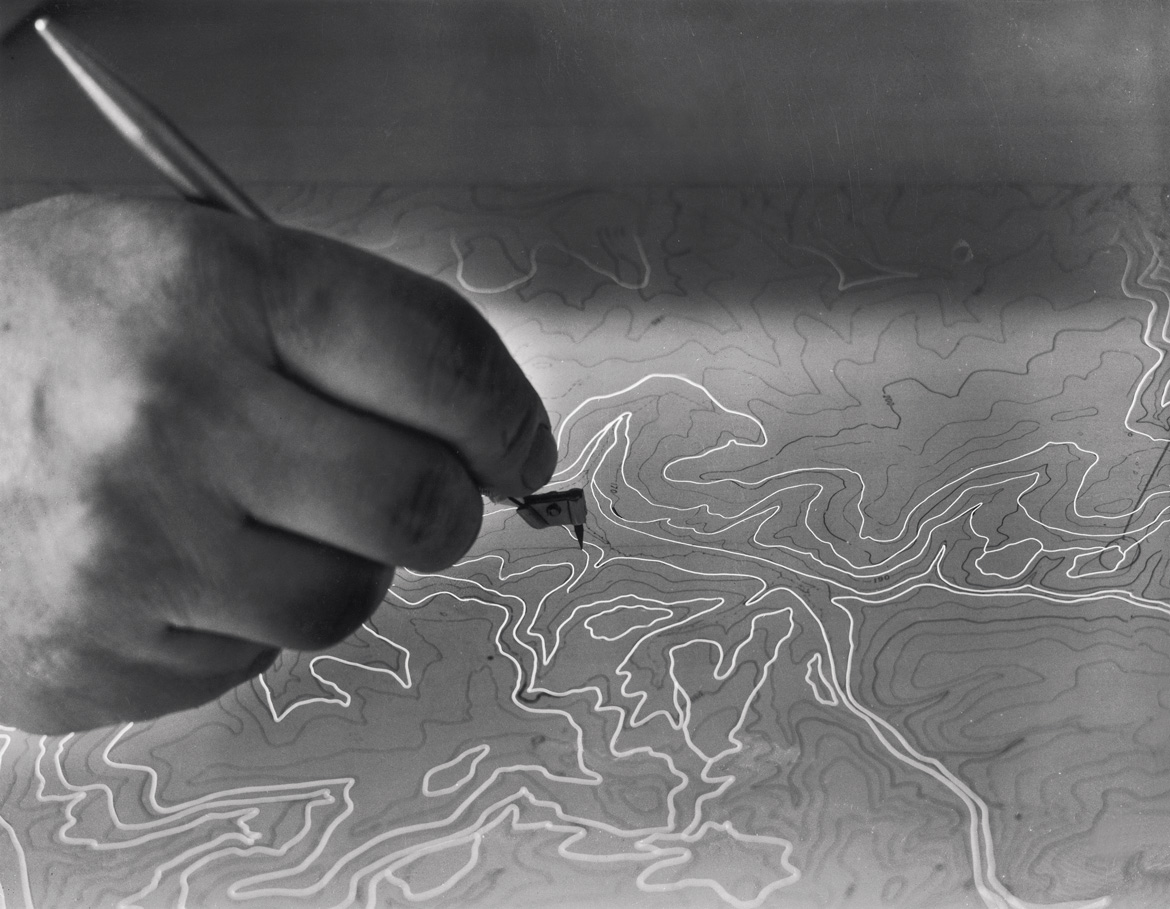 The production of geological maps in the 1960s (Orléans, Loiret, France).
© BRGM

BRGM rapidly extended its international reach, both to fulfil its role of providing technical assistance outside of France and to compensate for the effects of the budget crisis from 1962 to 1964. The first of a long series of contracts was signed with Saudi Arabia in 1964, whereby BRGM committed itself to providing its expertise in geological prospecting and mining. This major agreement was to last more than forty years.

At the same time, the establishment set up an IT division at Orléans-La Source. The introduction of the first computers for processing the data from borehole surveys led to the creation of the sub-surface database (BSS) – now freely accessible via the Infoterre portal – which would have its own specific department in 1971. Finally, the decentralization of BRGM's activities was computerised to enable data entry, query and processing by the regional geological services themselves. 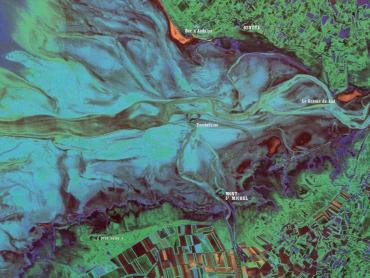 The BRGM has become a major player in the field of remote sensing. Satellite technologies that capture data from space provide the BRGM with essential information for its planning work on risks, water or geology and key knowledge on environmental aspects to support its international contracts.
Read more 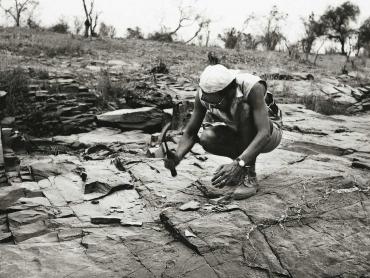 Taking on a key role in mining history

Mining is an important part of the BRGM's history, inherited from the Bumifom and the BRGGM. Mining activities intensified with the creation of the BRGM, as new mines opened in Gabon and Mauritania.
Read more 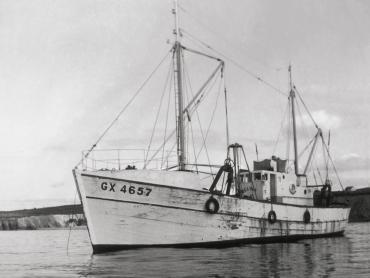 The BRGM and the Beluga mission

Having set sail on its first geological reconnaissance campaign, the Beluga foundered three days later.  Although the campaign came to an untimely end, it brought an important discovery.
Read more 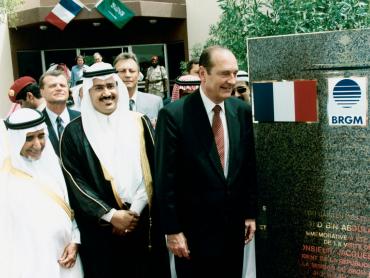 The BRGM's competences were quickly recognised and soon applied in international contracts. In 1964, the BRGM signed its first contract with Saudi Arabia.
Read more 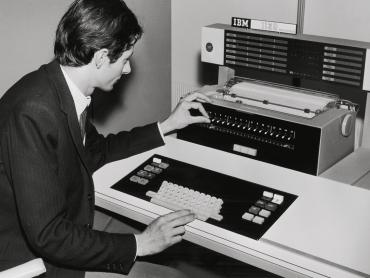 The BRGM brings in its first computers

At the cutting edge of technology as ever, the BRGM was quick to introduce computers and develop computing skills.
Read more 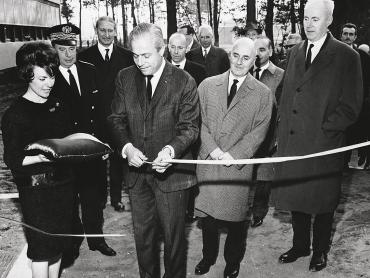 Inauguration of the BRGM scientific centre

With its inauguration by the Minister for Industry in 1965, the BRGM's scientific centre became part of the Orléans-La Source research landscape. The new centre would host all the teams working for the BRGM and coordinate their activities in France and abroad.
Read more 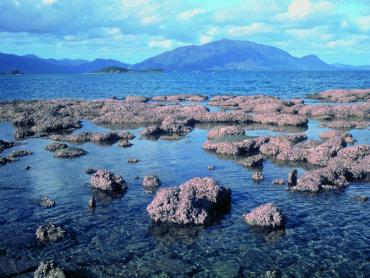 Geology and the voyage of La Pérouse

It is thanks to André Noesmoen and to geology that we know that the 1785 La Pérouse expedition had been successful. André Noesmoen is a geological engineer who was recruited by the BUMIFOM in 1950. His 40-year career took him to many far-away places. Here, André tells us about the singular geological epilogue to a 200 year-old mystery.
Read more 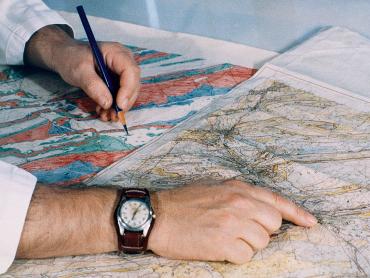 The BRGM and the French geological mapping service

In 1968, the BRGM expanded its activities when it merged with the French geological mapping service. Its responsibility for the entire map production process greatly enhanced their visual quality. The merger was a very positive development for the mapping service as well as the BRGM, and especially for careers and skills development at the BRGM.
Read more 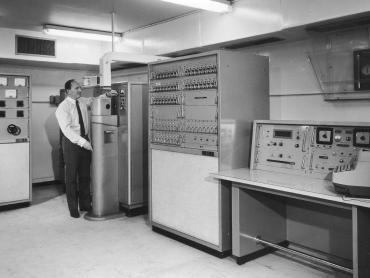 BRGM at the forefront of technology

With growing international recognition came a still greater need for the BRGM to maintain its expertise and develop new skills. To do so, its laboratories were regularly equipped with new analytical and measuring instruments.  One of these acquisitions would enable the BRGM to join the lunar exploration adventure.
Read more 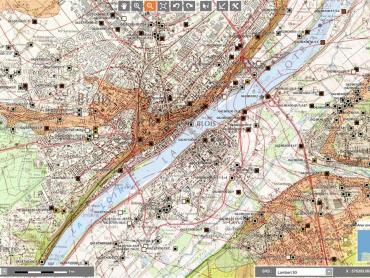 Creation of the subsoils databank

Data maintenance has always been a key role for the BRGM. Creating a subsoils databank became essential to meet rapidly growing demand for data. Now used by players in many different fields, it contains data from nearly 800 000 boreholes and underground workings.
Read more 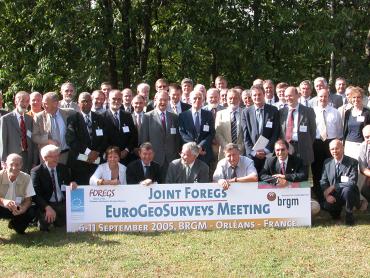 BRGM, a committed player at the European level

For many years, BRGM has been involved in several research, public policy support and international cooperation programmes on a European scale. As proof of its investment, BRGM is one of the founder members of Eurogeosurveys, the association of European geological surveys established at the end of the 1990s.
Read more 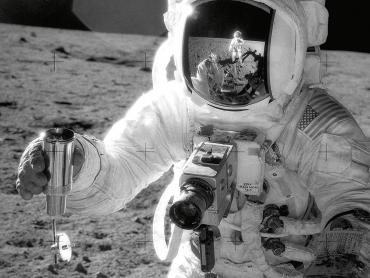 Analysis of a lunar rock sample at the BRGM

In 1972, thanks to its advanced technological equipment, the BRGM had the privilege of analysing a sample of moon rock. Claude Lafoy tells us here about that never-to-be-forgotten experience.
Read more 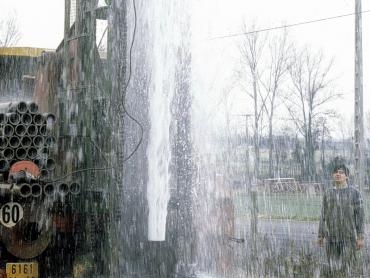 A BRGM hydrogeology mission in the Vendée region

Gilles Bresson* tells us how he helped out a tobacco grower when on a mission in the Vendée region in western France. The mission's success was... spectacular!
Read more
1974 – 1980 : The good years