BRGM at the forefront of technology

With growing international recognition came a still greater need for the BRGM to maintain its expertise and develop new skills. To do so, its laboratories were regularly equipped with new analytical and measuring instruments.  One of these acquisitions would enable the BRGM to join the lunar exploration adventure. 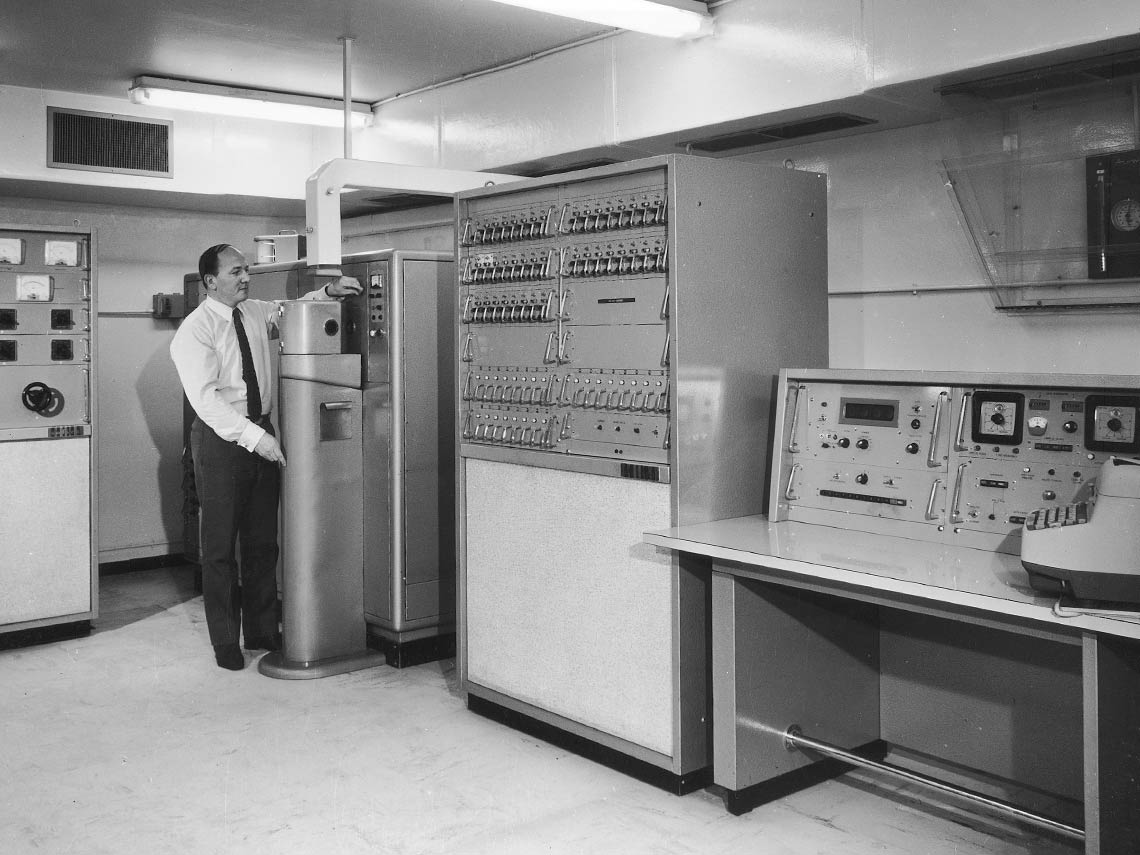 From the time of its creation in 1959, the BRGM's laboratories strongly asserted their ambition to take on a pioneering role in technological innovation by acquiring the electronic microprobe developed by Professor Raymond Castaing. With this instrument, the first of its kind in the world to be used in the Earth Sciences, the BRGM was able to analyse elements in cubic microns, which enabled it, in 1972, to take part in studies of lunar rock samples from the Apollo 14 and Luna 16 space missions.

Around 1964, chemical analysis began to handle multiple analyses of trace elements.  In 1976, as work on the French minerals inventory gathered pace, it became necessary to purchase and adapt a new instrument for automated analyses of trace elements in soils, the Spectrametrix, which could produce more than one million analyses a year of concentrations of 22 elements. The BRGM's laboratory equipment is regularly updated to offer analytical facilities that are unrivalled in France today. Recent acquisitions for our laboratories include, for example, an LC TOF high-resolution mass spectrometer, acquired in 2013 to detect previously unidentified molecules in the environment so that appropriate monitoring can be put in place. 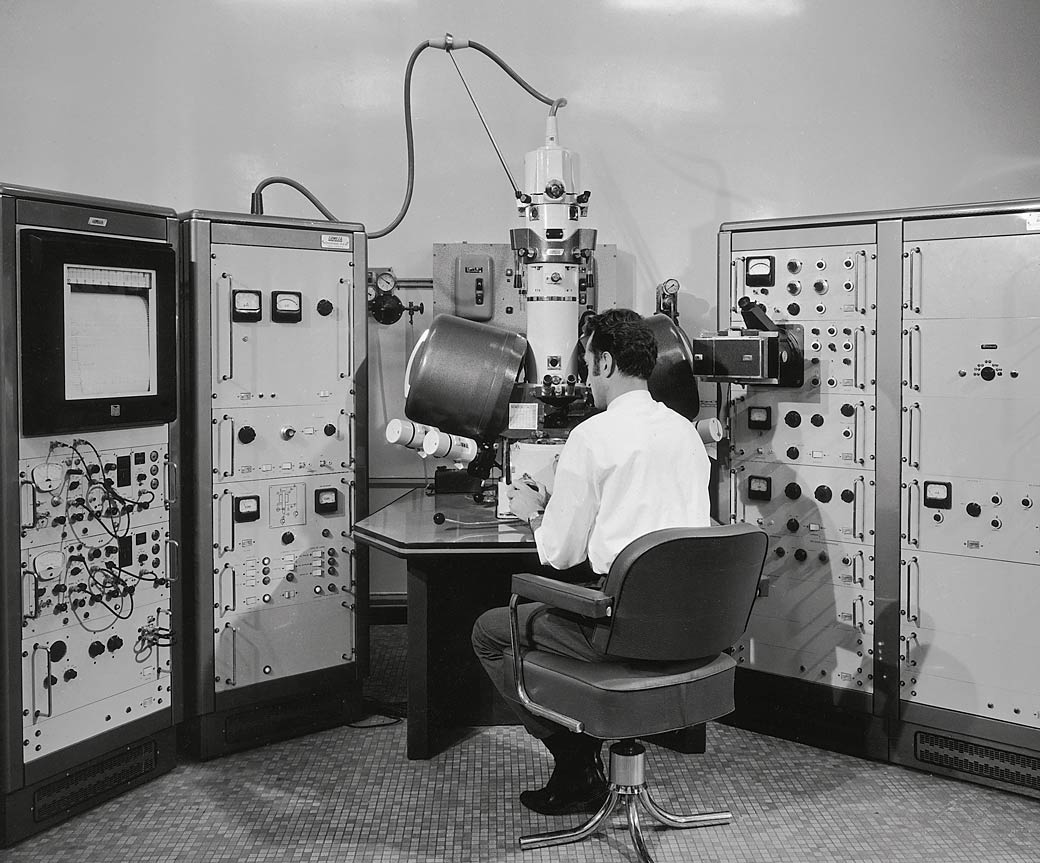 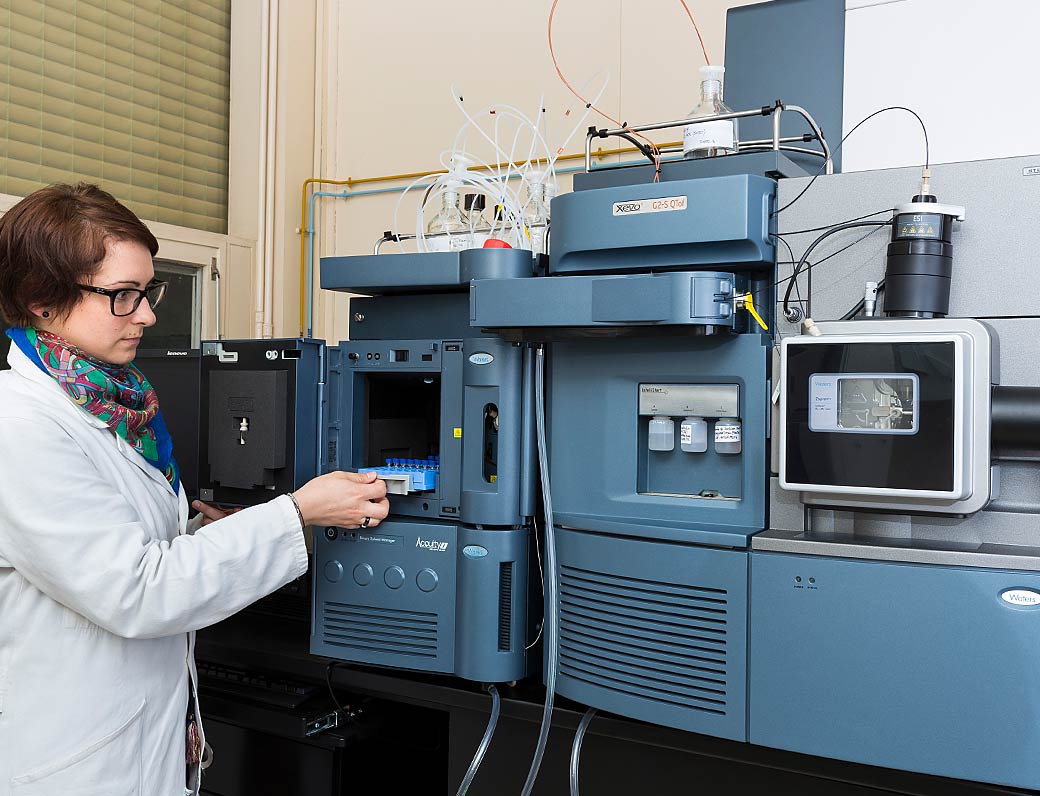 The LC-Tof is a liquid-phase chromatograph coupled with a high-resolution mass spectrometer which aims to detect emerging organic pollutants.
© BRGM
Back to the chapter