The origins of BRGM

BRGM is the result of two centuries of pioneering geological exploration and administrative developments. Although the first attempt at a geological survey map was made in 1746, it was not until 1868 that growing interest in extending our knowledge of the sub-surface and in its representation, led to the creation of the French geological mapping service. BRGM's direct predecessors were then set up from the Second World War onwards, before merging in 1959.

Although this was a rudimentary project, undertaken by Jean-Étienne Guettard, it marked the beginning of geological mapping in France. In 1746, this medical doctor, botanist and mineralogist published A mineralogical survey and map of the type and location of terrain underlying France and England. The legend on the map identifies three more or less concentric bands, stretching from the Paris basin to the south-east of England, as containing sand, marl or slate.

Geological survey maps improved significantly at the beginning of the 19th century. In 1816, Jean-Baptiste Julien d'Omalius d'Halloy made the Sketch of a geological map of the Paris basin and some neighbouring regions, at a scale of 1:800,000. In 1841, two young mining engineers, Armand Dufrenoy and Léonce Elie de Beaumont, produced the Geological Map of France, at a scale of 1:500,000, after ten years of work and 80,000 km of travelling on foot. 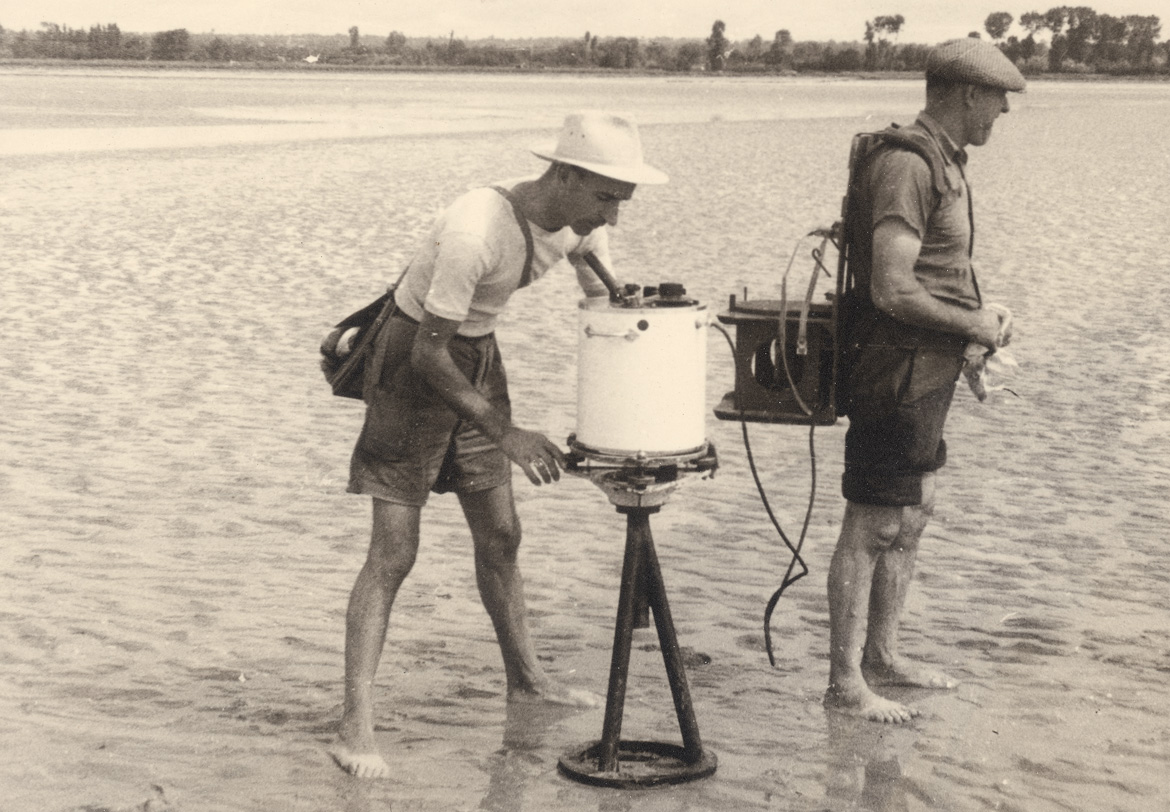 Survey of the gravimetric map of France on the Languedoc-Roussillon coast in the early 1950s (Sète, France, 1953).
© BRGM - Fernand Blondel

The 1867 Universal Exhibition, held in Paris, gave a real boost to the representation of the sub-surface: it presented 67 geological maps covering a vast area between Normandy and the Loire at a scale of 1:80,000. Following the success of this impressive wall panel and the recommendations of the Mining Administration, Napoleon III signed a decree on 1st October 1868 stipulating that "the detailed geological map of France would be produced at the State's expense" and that "a special organisation would be set up to do this". Thus was created the French geological mapping service, headed by Léonce Elie de Beaumont.

Between the two world wars, Edmond Friedel, a mining engineer, campaigned for the creation of an organisation to archive sub-surface data: the French geological and geophysical bureau (BRGG) opened in 1941 under his supervision. In 1953, it was replaced by the Bureau for geological, geophysical and mining research in mainland France (BRGGM), an industrial and commercial public institution that took over its geological and geophysical research role as well as the collection, archiving and dissemination to the public of documentation on sub-surface geology. The BRGGM was also authorised to acquire the mining rights necessary for its prospecting and exploitation activities and to invest as a shareholder in mining companies. 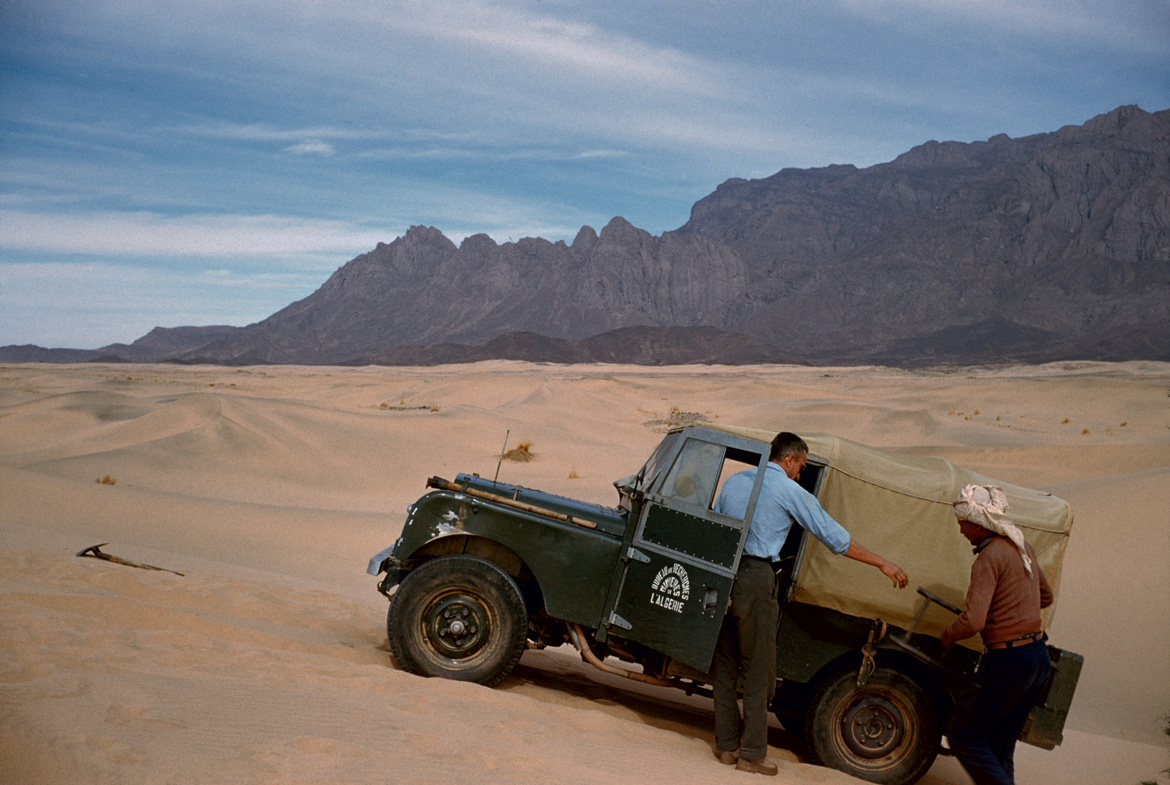 Meanwhile, France acquired mining offices in Algeria (BRMA) and overseas (Bumifom) in 1948, then in French Guiana (BMG) the following year. A major organisation covering the former French West Africa (AOF) and French Equatorial Africa (AEF) but also Madagascar and New Caledonia, Bumifom's know-how was gradually expanding and its workforce counted 2,173 employees at its peak in 1958.

That year marked a turning point in the national, European and international contexts. To adapt to this new world order, the geological research and mineral prospecting organisations were merged into a new public institution, including Bumifom, BRGGM, BRMA and BMG: the geological and mining research bureau (Bureau de recherches géologiques et minières - BRGM) was officially founded on 23 October 1959. 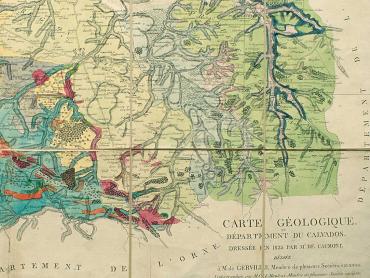 The early days of geological mapping

It is considered that the first attempt to make a geological map was proposed by Jean-Étienne Guettard in his book “Mémoire et carte minéralogique sur la nature et la situation des terrains qui traversent la France et l'Angleterre” (A mineralogical survey and map of the type and location of terrain underlying France &amp; England) in 1746. It was not until the 19th century that the first major advances occurred with a sketch of a geological map of the Paris basin on a scale of 1:800,000 made by Jean-Baptiste Julien d'Omalius d'Halloy in 1816.
Read more 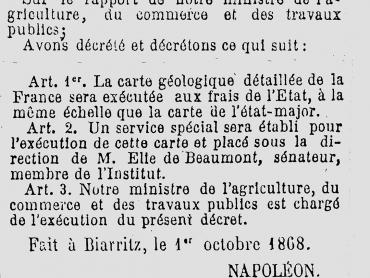 The first French geological mapping service was set up on the orders of Napoleon III in October 1868. Many geological maps were produced using data from a variety of studies and boreholes. It was not until the period between the two world wars that the question of the conservation of sub-surface data was raised by Edmond Friedel and Pierre Pruvost. In 1941, the Geological and Geophysical Research Bureau (BRGG) was set up.
Read more 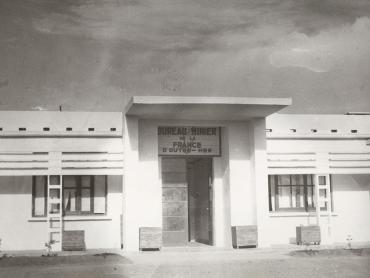 In the post-war period, many more mining offices were created around the world. Inspired by the model of the Moroccan Bureau of Mineral Research and Investments, the BUMIFOM (French Overseas Territories Mining Bureau) and the French Guiana Mining Bureau were created. In 1958, the international context changed: the European Community was created, and various African countries and Madagascar became independent. It is against this background that the decision was made to consolidate the different geological research organisations. On 23 October 1959, the BRGM was founded.
Read more
1959 – 1973 : Mergers and decentralisation