Just as BRGM finished laying the foundations of its organisation and activities, the oil crisis broke out in 1973. The organisation rose to the challenge of ensuring national supply, and became the key operator in France's prospection strategy. Its expertise and resources were also used for mining operations. In French regions and abroad, BRGM, with its growing reputation as the sub-surface specialist, was now increasingly called upon.

At the end of 1973, the oil crisis brought to light France's vulnerability with respect to its supply of energy and mineral raw materials. France decided to carry out a mining inventory and to entrust it to BRGM, since it was the only organisation which had the status of a public service, the required expertise and the necessary resources. These operations, which were extended to include French Guiana and then New Caledonia, lasted until 1992 and led to the discovery of many deposits and considerably improved knowledge of the national sub-surface. 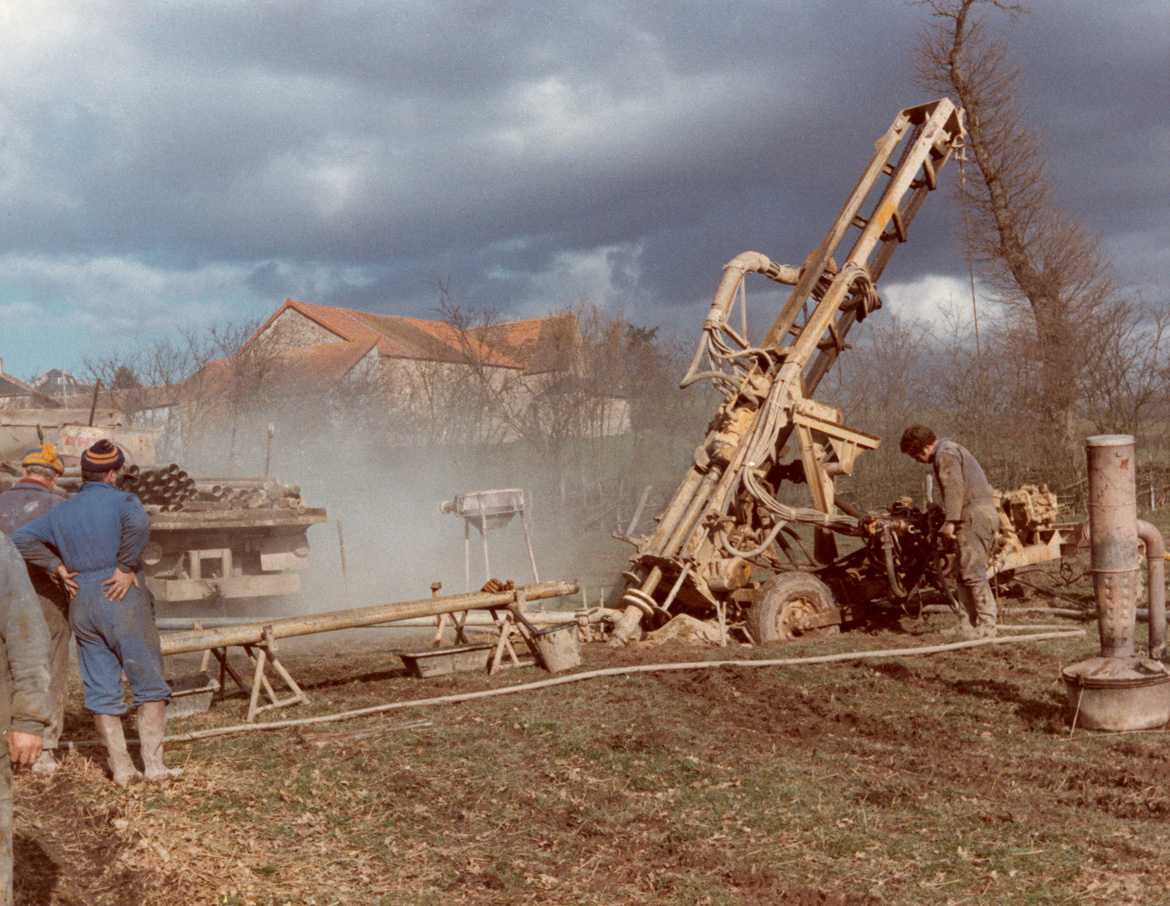 Now a major mining company thanks to its heritage, missions and advanced analytical equipment, BRGM is one of the world's leading prospectors, while also being involved downstream of the sector. In 1978, it created a mining investment and exploitation structure, the Compagnie française des mines – Coframines, which included the mining companies in which it had shares. This was followed by the takeover of the Compagnie française d'entreprises minières, métallurgiques et d'investissements – Cofremmi and the creation of the Compagnie internationale de développement minier – Cidem in 1980. That same year, BRGM also took control of the Société des mines et produits chimiques de Salsigne in Aude, which was then the leading gold producer in Europe.

While its public service mission was developing rapidly, supported by the introduction in 1975 of the parafiscal levy on aggregates, as well as its scientific research role thanks to a growing budget, commercial activity was also flourishing. Regional geological services were increasingly in demand. Faced with the historic drought of 1976 in particular, BRGM mobilised its expertise in hydrogeology and the data from its sub-surface bank (BSS) in response to the request of mayors whose communes had been affected. 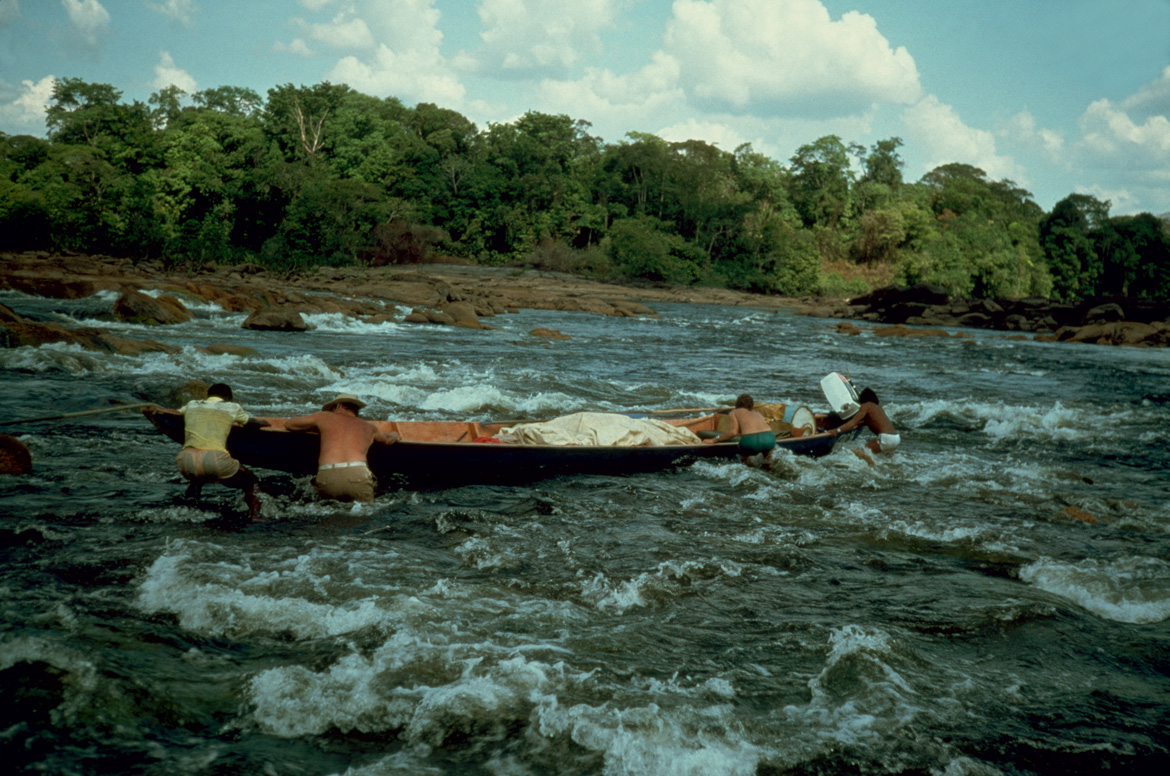 Geophysicists prospecting for gold, caught in the rapids of the Oyapock River (Guyana, 1980).
© BRGM

The highlight of this period was BRGM's active participation in the organisation of the 26th International Geological Congress, which was held in Paris in 1980. Taking advantage of the opportunity to showcase its mapping expertise, the French organisation's reputation grew enormously.

1974: Claude Guillemin, Director of the National Geological Survey at BRGM, on recycling 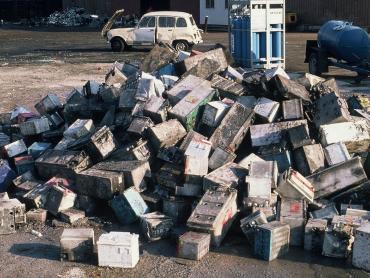 The BRGM takes up the challenge of urban waste recycling

The BRGM's commitment to environmental protection dates back to the 1970s, when Claude Guillemin asked for a new experimental waste recycling facility to be built. As the BRGM's director at the time, he was already anticipating the issues we are facing today.
Read more 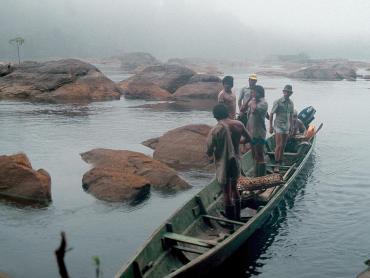 The BRGM and the French minerals inventory

In the wake of the 1973 oil crisis, the French government commissioned a French minerals inventory from the BRGM in order to improve knowledge about subsoil resources. Subsequent mining operations around the world would bring numerous discoveries of mineral deposits to the BRGM's attention.
Read more 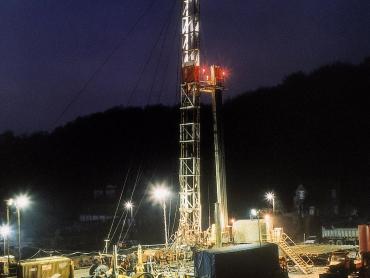 The BRGM began to take an increasing interest in renewables, seeing significant potential in geothermal energy as a resource. It was ten years before the technique took off with the first district heating network for housing and the École normale supérieure in Lyon.
Read more 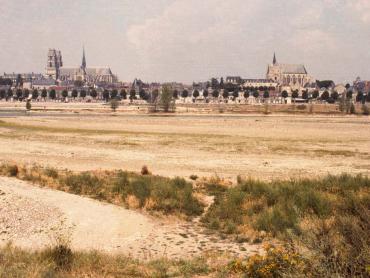 In the summer of 1976, the whole of France was hit by severe drought. Hydrogeological services and the subsoils databank proved essential to assist the many different municipalities affected.
Read more 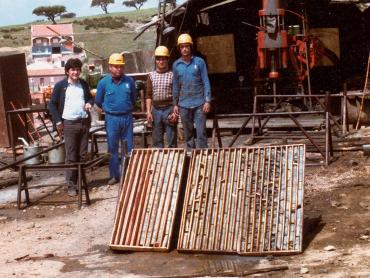 Two complex drilling operations, in 1973 and 1977, were needed to identify these  structurally complex ore masses lying at a considerable depth. Thanks to the geologists' competences and perseverance, the Neves Corvo mine opened in 1984.
Read more 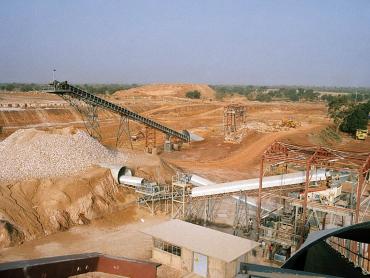 The BRGM and mining

Mining is historically one of the main activities of the BRGM, which, by 1978, had become one of the world's foremost mineral prospecting organisations. With the creation of Coframines, the BRGM grouped its mine holdings into a single enterprise that began work on several new mining projects. These were halted prematurely due to mounting instability on several fronts, with falling gold prices and difficult social, political and operating conditions.
Read more 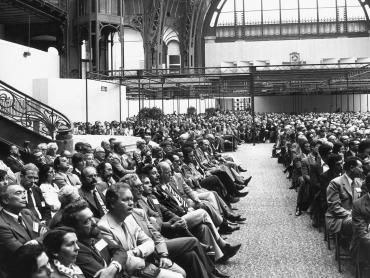 The BRGM at the International Geological Congress Centenary

The BRGM's involvement in organising the 26th International Geological Congress in Paris strengthened its international presence. The BRGM presented its new geological map of France published for the occasion, highlighting innovations such as the true geographical position of Corsica.
Read more
1981 – 1989 : Crisis-proof