A BRGM hydrogeology mission in the Vendée region

Gilles Bresson* tells us how he helped out a tobacco grower when on a mission in the Vendée region in western France. The mission's success was... spectacular! 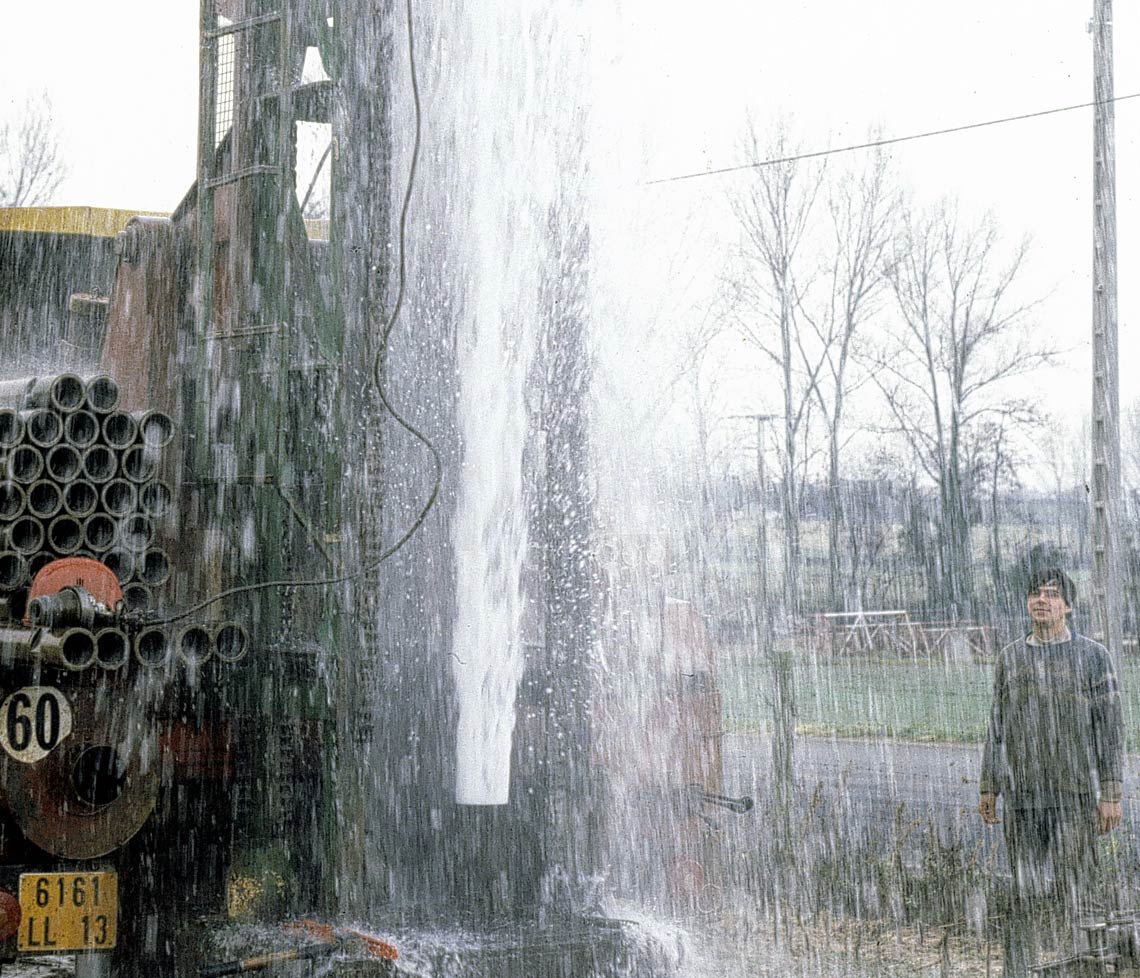 "In 1973, I arrived in the Vendée region, tasked with a study that would last a full hydrogeological year, where the aim was to assess and develop groundwater resources in the Luçon-Fontenay-le-Comte area.  Among the farmers I visited was a tobacco grower who owned a well that wasn't providing enough water for his irrigation needs. I called in a BRGM topographer from Nantes to do a levelling survey of the wells around the farm. When I plotted the piezometric level of the unconfined Dogger aquifer on my map, I could see that because of a slightly sloping thalweg, the main groundwater flow just missed the area needing irrigation. So I showed the farmer where to drill down for water, also telling him that I would be able to calculate the right depth to within 5 cm at the relevant point, which a dowser could not do. When I showed him the right depth from my piezometric map, he carved the depth into a wooden post with his penknife.

The drilling started a week later: after a few hours, we reached water within less than 3 cm of the predicted level that was carved into the post. The initial test had shown that the well was barely yielding 10 m3/h, which wasn't enough to cover the farmer's needs. From a supplier in Niort, I ordered 150 l of hydrochloric acid, which we injected into the well, under the watchful eyes of a several dozen farmers from the area.

We had barely finished when froth began to boil up out of the well-head and all of a sudden water gushed up out of the well like a geyser, sending the onlookers scattering.  The eruption quickly subsided, and the yield for the second test was 50 m3/h: success! News of our successful operation soon spread far and wide across the Vendée."

*Gilles Bresson was the head of the Hydrogeology Service for the Meuse département, and had moved to the Vendée in 1975. He was responsible for discovering  groundwater reserves in southern Vendée and for developing a groundwater prospecting method for use in granite terrain. As head of the Vendée historic monuments and sites unit from 1990, he endeavoured to preserve a number of monuments, such as the fortified castle at St Mesmin in the Niort area.