The first French geological mapping service was set up on the orders of Napoleon III in October 1868. Many geological maps were produced using data from a variety of studies and boreholes. It was not until the period between the two world wars that the question of the conservation of sub-surface data was raised by Edmond Friedel and Pierre Pruvost. In 1941, the Geological and Geophysical Research Bureau (BRGG) was set up. 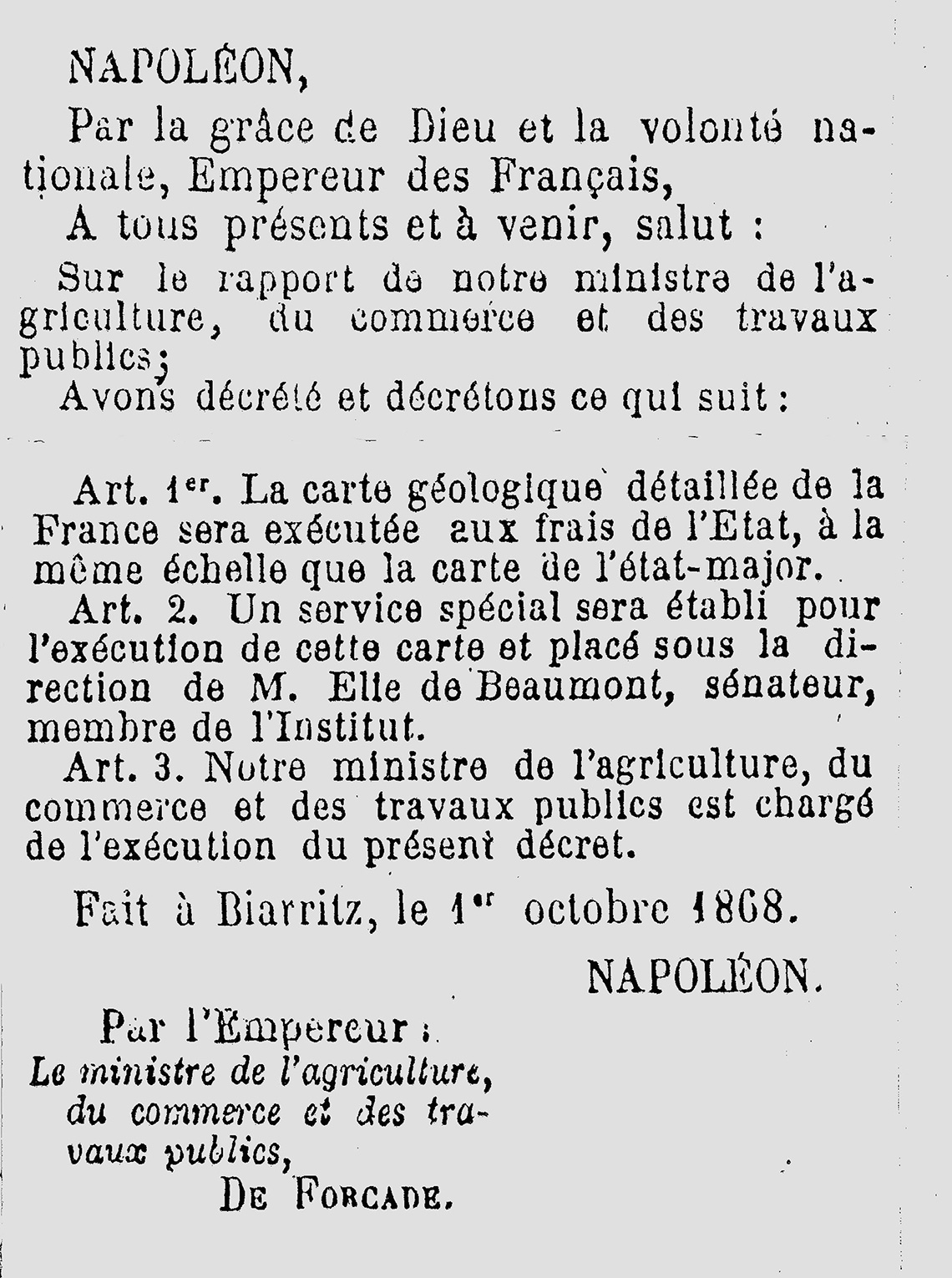 For the Universal Exhibition in Paris in 1867, a wall-panel of 67 geological maps, covering a vast area between Normandy and the Loire, was produced. This was so successful that the Mines Administration recommended extending this geological survey to cover the whole of France at a scale of 1:80,000 (1 cm for 800 m).

After the First World War, Edmond Friedel, a mining engineer, and Pierre Pruvost, a professor at the Faculty of Science in Lille, were dismayed by the loss of the results from deep boreholes that were beginning to be drilled to find oil and other commodities in mainland France. They advocated the creation of an organisation responsible for archiving sub-surface data. The Vichy government set up the BRGG in 1941. Edmond Friedel was put in charge, assisted by Jean Goguel.

The first cartographic syntheses on the geophysics of France

The work began, under the direction of Edmond Friedel, Director General, Jean Goguel, Deputy Director and Louis Guillaume, Head of Works at the Faculty of Science of Strasbourg and Chief Engineer of the BRGG, by reviewing all the information on underground structures available in scientific publications, the archives of mining and survey companies, and collections of the geological laboratories of science faculties. A file was opened for each structure and a summary sheet produced. At the same time, information on which minerals were found and where and on former mining operations, the results of geophysical explorations, and data on underground cavities, were collected. The first cartographic syntheses on the geophysics of France were produced.

In 1944, a Government Decree made it mandatory for all underground structures deeper than ten metres to be declared to the mining administration, with the BRGG being responsible for investigating each case.

The BRGG is in a way the first direct ancestor of the current BRGM. 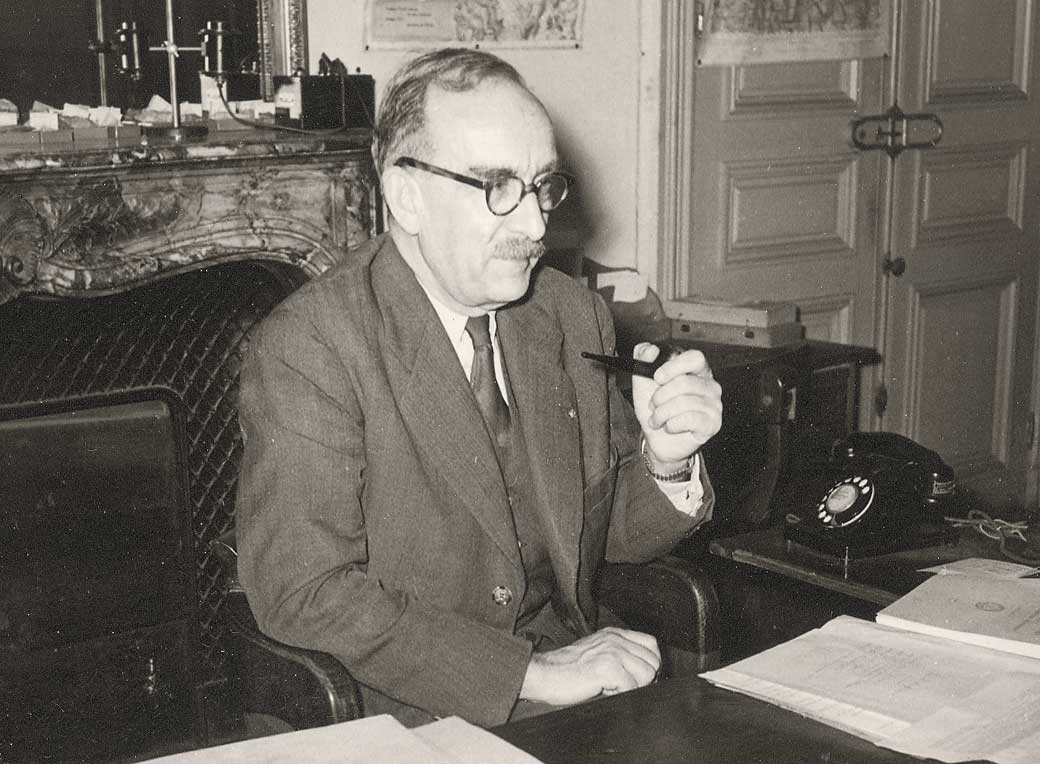 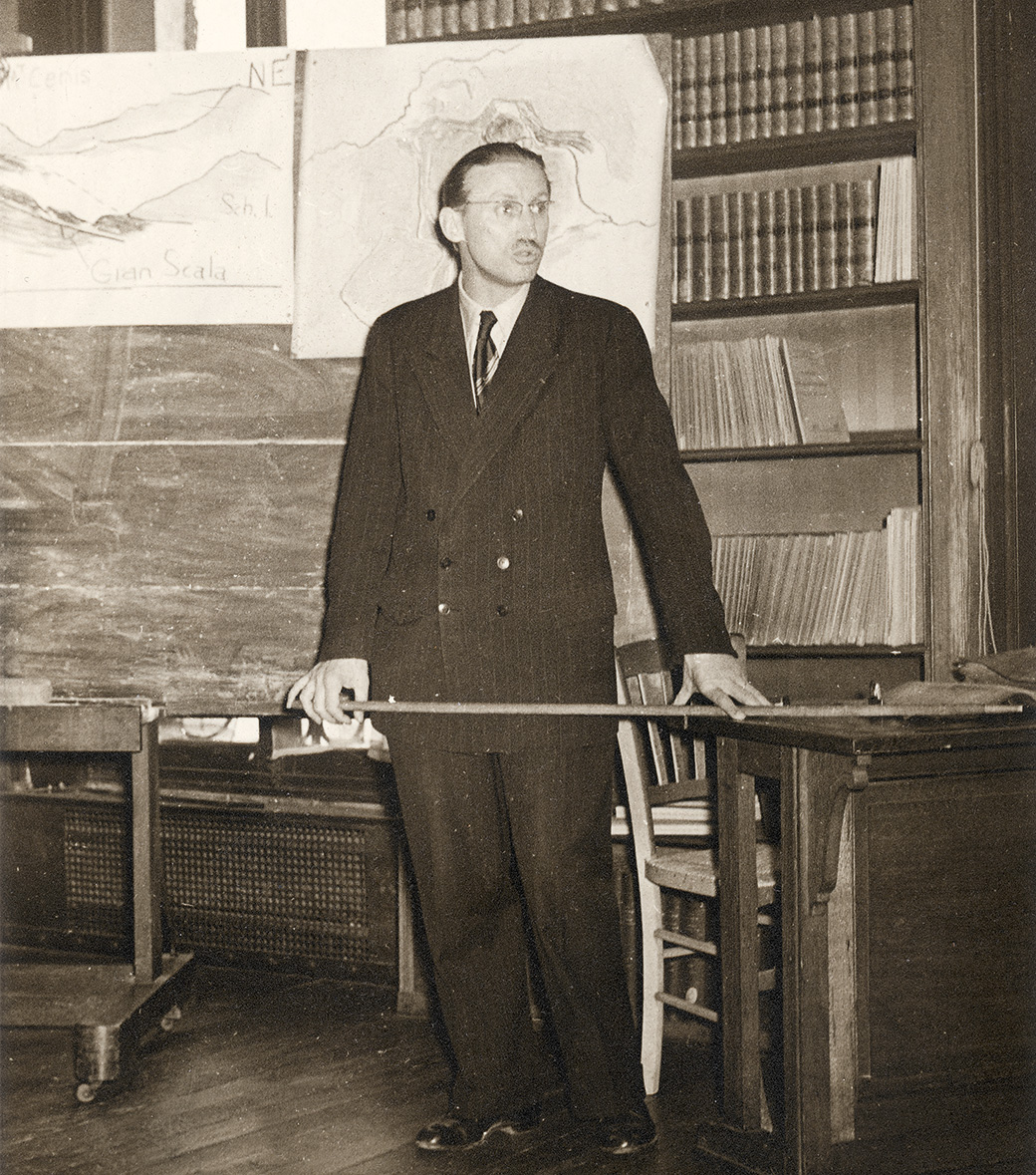 Jean Goguel, Deputy Director of the BRGG, 1941.
© BRGM
Back to the chapter