In the post-war period, many more mining offices were created around the world. Inspired by the model of the Moroccan Bureau of Mineral Research and Investments, the BUMIFOM (French Overseas Territories Mining Bureau) and the French Guiana Mining Bureau were created. In 1958, the international context changed: the European Community was created, and various African countries and Madagascar became independent. It is against this background that the decision was made to consolidate the different geological research organisations. On 23 October 1959, the BRGM was founded. 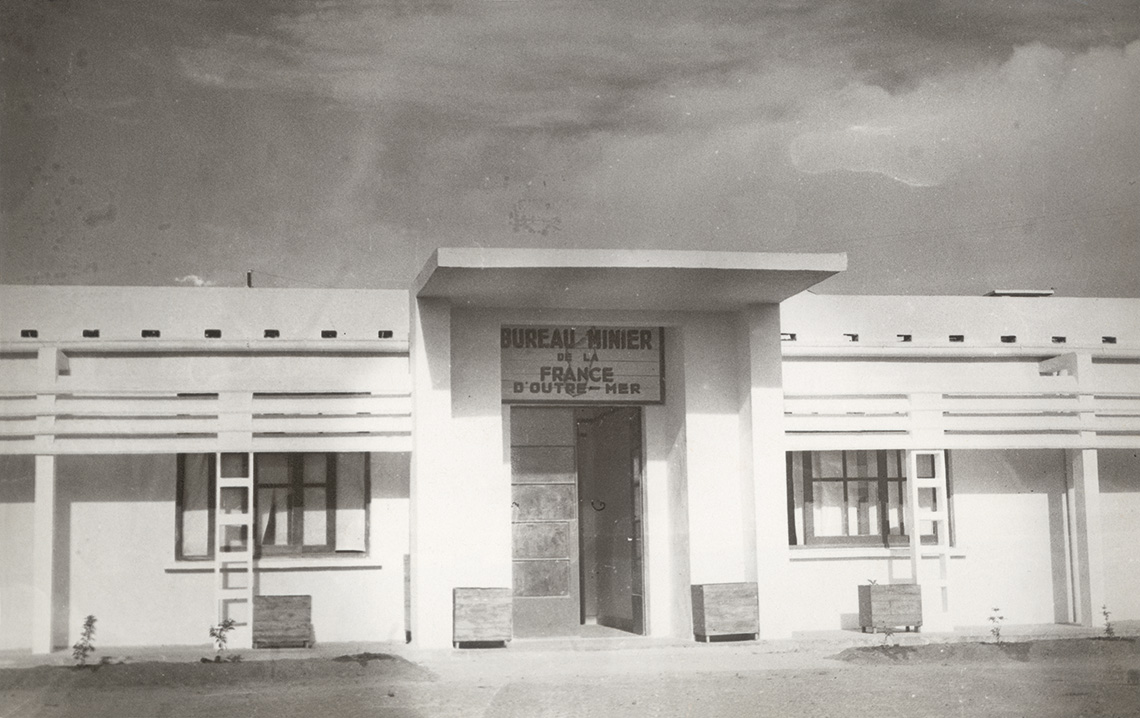 After the war, France set up institutions capable of acting in the mining sector and based on a proven model, that of the Bureau of Mineral Research and Investments (BRPM), created in 1928 in Morocco, which was then a French protectorate. Thus, in 1948, the Algerian Mining Research Bureau (BRMA) and the French Overseas Territories Mining Bureau (BUMIFOM) were created, followed by the French Guiana Mining Bureau (BMG) in 1949.

The BUMIFOM was set up as a major institution, with jurisdiction over the territories of the former French West Africa (AOF) and French Equatorial Africa (AEF), Madagascar and New Caledonia, gradually absorbing the AOF Federal Mining Directorate, the Equatorial Institute of Geological and Mining Research in Brazzaville, the Geology and Mineral Exploration Directorate of Cameroon and certain activities in Madagascar and New Caledonia. In 1958, an agreement with the European Coal and Steel Community (ECSC) entrusted the BUMIFOM with the exploration in AOF and AEF of heavy metals (iron, coal, manganese). The workforce then stood at 2,173 employees, including 28 mining engineers, 71 geologists and 130 prospectors and technicians. 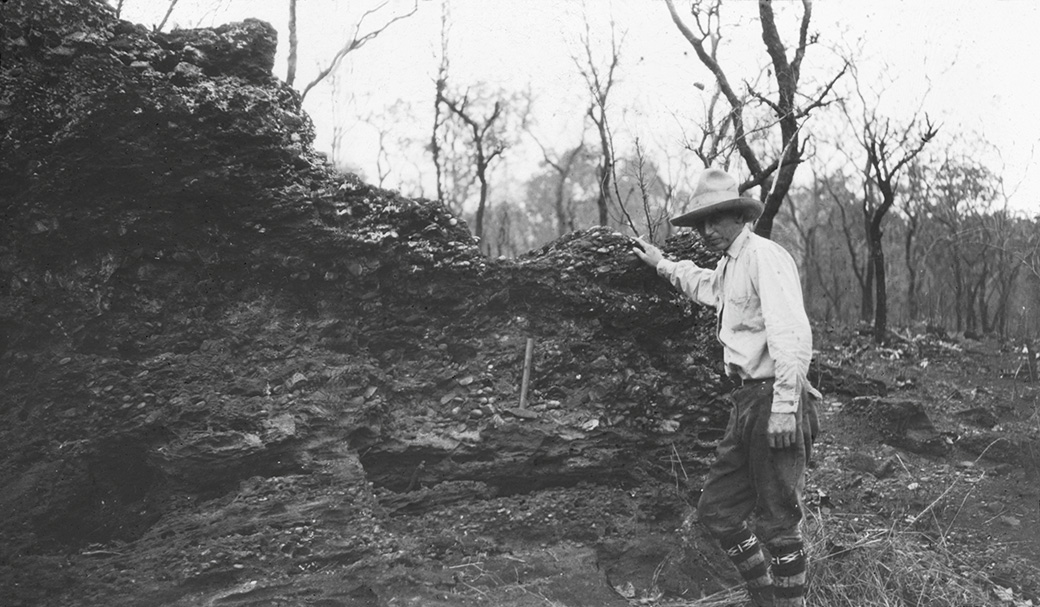 A prospecting geologist in front of a deposit of Mouka sandstone conglomerate in the Bria Oubangi-Shari region (Chad, 1950).
© BRGM

In 1953, the BRGG was replaced by the Geological, Geophysical and Mining Research Bureau of Metropolitan France (BRGGM). This “public industrial and commercial establishment” (ÉPIC) not only took over the BRGG's responsibilities for geological and geophysical research, but also inherited its prerogatives concerning the collection, archiving and dissemination to the public of documentation on the sub-surface. In addition, it benefited from all the opportunities offered to a mining company: it was entitled to acquire the mining rights necessary for its prospecting and exploitation activities and to acquire shares in mining companies.

From 1958 onwards, the national and international context changed. The European Community took its first steps, and various African countries and Madagascar became independent. To adapt to this new environment, it was decided to consolidate geological research and mining exploration organisations. The new ÉPIC was built around the BUMIFOM, to serve as the administrative backbone, and included three other entities: BRGGM, BRMA and BMG. On 23 October 1959, a Government decree officially announced the creation of the Bureau of Geological and Mining Research (Bureau de Recherches Géologiques et Minières - BRGM). 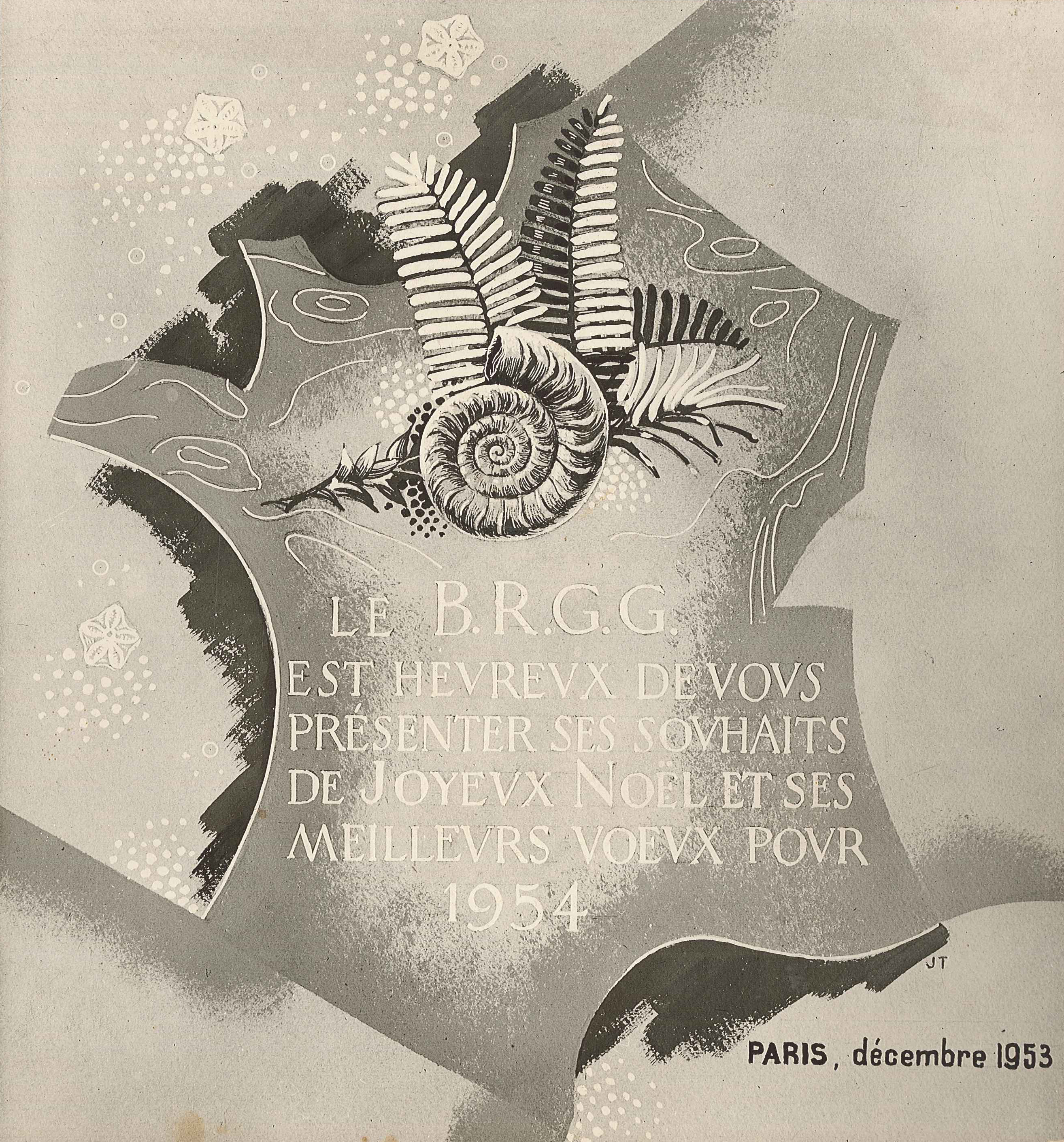 Greeting card dating from 1954, when the BRGG (French geological and geophysical bureau), one of the BRGM's predecessors, was created (Paris, 1953).
© BRGM
Back to the chapter