With the adoption of the NOTRe Act, which redefined the contours and especially the areas of competence of the French Regions, our Regional Activities Division has reconfigured its coverage and services to adapt to the new opportunities opened up by the reform. BRGM now has thirteen regional divisions and five delegations in mainland France, plus five regional divisions and two branches in Overseas France. 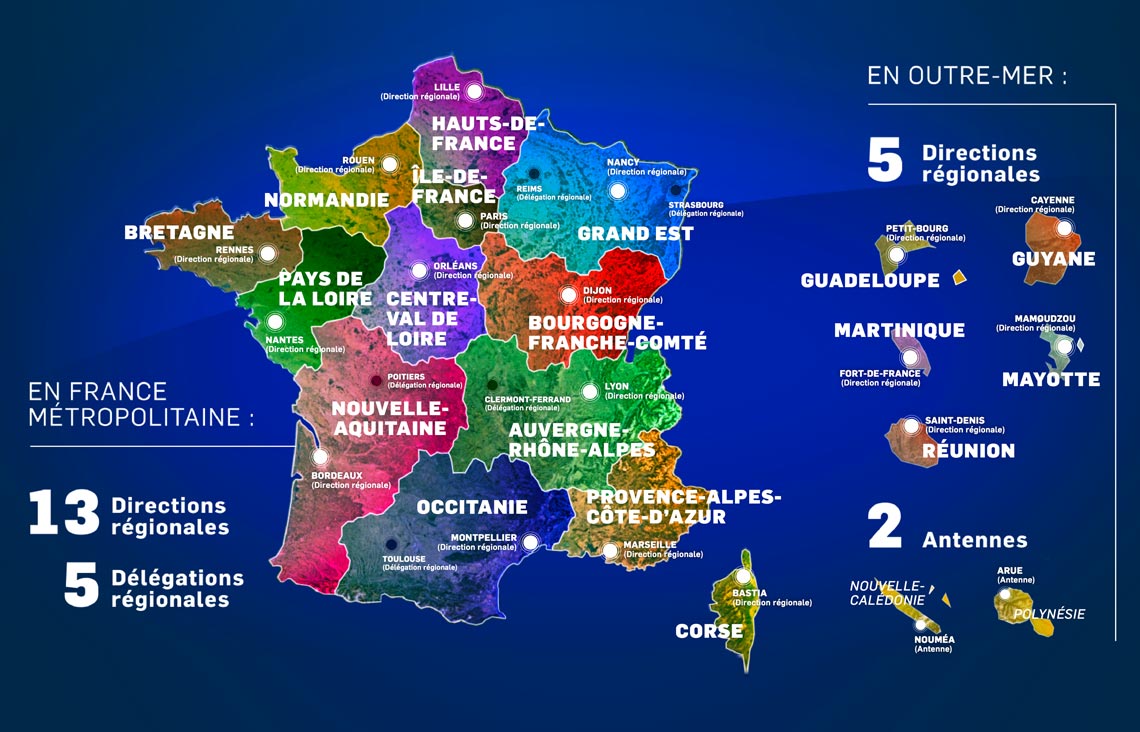 In 2016, the reform introduced by the NOTRe Act reduced the number of administrative regions in mainland France from 22 to 13. This transferred authority for more matters to the Regional Councils, thus strengthening their prerogatives over spatial planning and economic affairs.

We are facing two challenges with respect to the reform. First, in terms of geographical coverage, to ensure that our regional organisational structure reflects the new administrative divisions; secondly, in terms of strategy, because we need to match our areas of expertise and seize the opportunities opened up by the new areas of competence not only of the regional authorities but also of the city and urban area authorities in charge of waste, town planning, wastewater treatment, water resource management, etc.

Thus, to optimise its regional network, BRGM has matched its organisational structure to the new regional administrative divisions while maintaining the current distribution of its offices. BRGM therefore set up thirteen regional divisions in mainland France while maintaining five delegations in the cities where government agencies would continue to function, such as the DREALs in the French regions. Consequently, overseas France now has five regional BRGM divisions (in Guadeloupe, Martinique, French Guiana, Mayotte and La Réunion) and two branches, respectively in New Caledonia and French Polynesia.

A challenge and an opportunity

The transition was also facilitated by keeping the same workforce and offering all staff concerned by the geographical reorganisation the option to move to a new unit or to the head office, and by various accompanying measures.

The reorganisation means that BRGM is now better equipped to carry out its role with regional authorities. The consolidation has resulted in better facilities for regional units and created new and more open-ended synergies, improving their responsiveness and visibility.
This reform came into force on the 1st January 2017.