The International Year of Planet Earth provided an opportunity for BRGM to raise public awareness of Earth sciences and the need to preserve natural resources. For 7 months, it presented an event giving a "geological" view of the Earth at the French Museum of Natural History (MNHN). Other actions were also undertaken. 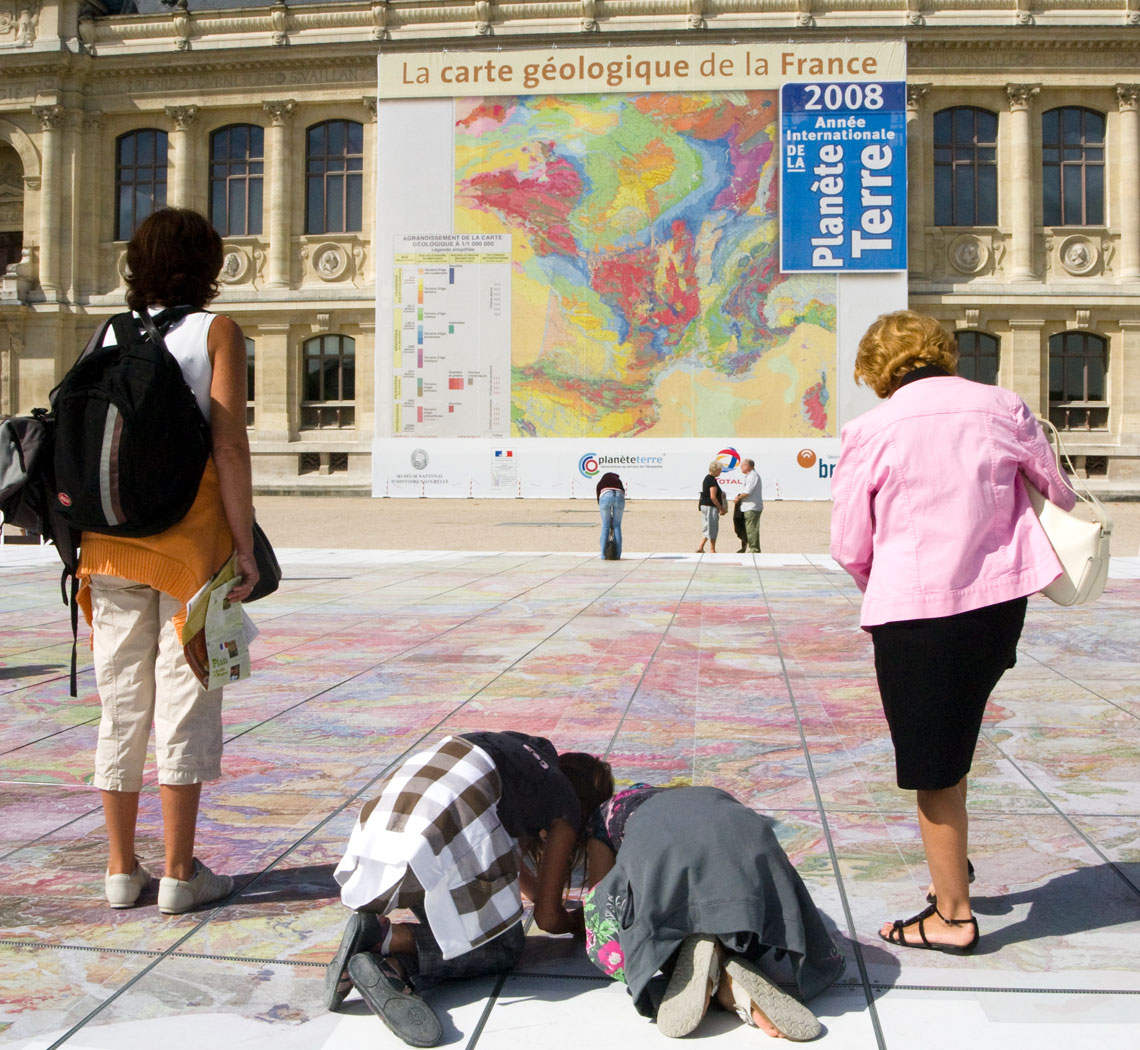 On the initiative of the International Union of Geological Sciences (IUGS) and UNESCO, the United Nations declared that 2008 would be the International Year of Planet Earth, with the objective of raising awareness worldwide of the importance of taking care of the environment.

BRGM contributed to this International Year by setting up the exhibition event "Aux sources de la Terre", at the Jardin des Plantes in Paris. The exhibition presented a spectacular scenography including the geological map of France at a scale of 1:1,000,000 and the origins and formation of the Earth.
For 7 months, many people were able to ‘go back in time’ along the geological time scale by walking along one of the paths. They were also able to admire the 1:1,000,000 geological map of France installed on the Museum's façade and could walk around on the 1,060 geological maps of France (at a scale of 1:50,000) installed on the grounds. Geologists from BRGM’s Amicale took turns welcoming the public and explaining the geological facts represented on these maps.  Eight rocks representing French lithology and an exhibition of some forty remarkable photographs of the Earth hung on the railings around the Jardin des Plantes completed the display.

In organising this event, with backing from Total, BRGM showed that it is the leading research institution in the field of Earth science applications. The exhibition benefited from the prestigious setting of the oldest public garden in Europe and the number of visitors that come to stroll in it. As a result, out of the two million annual visitors, it was estimated that more than 1 million of them were able to discover the Alley of Time and the geological map of France.

The holding of this successful event earned BRGM the Golden “Top Com” Award for the best outreach event. 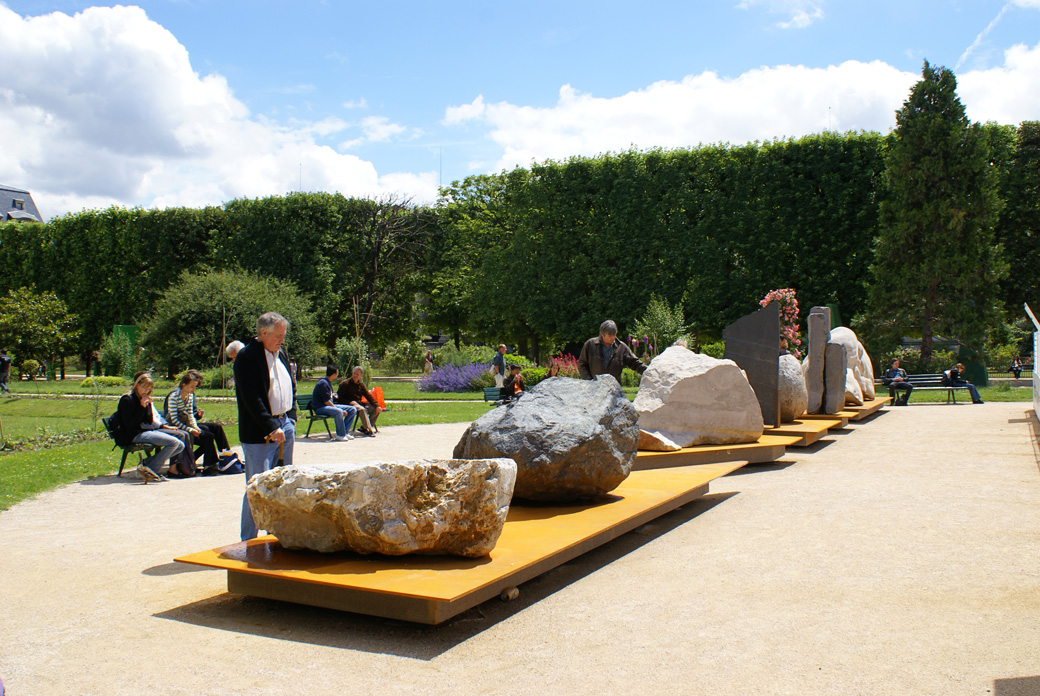 That same year, again as part of the celebration of the International Year of Planet Earth, another exhibition "La Terre et nous" was held by BRGM at the Cité des sciences et de l'industrie, in La Villette in December. Produced in partnership with CGGVeritas, Veolia Environnement (exhibition accredited with the Planète Terre label) and with the support of the Fondation Villette Entreprises, the exhibition presented the challenges of resource use and conserving the planet for the coming decades. The aim of the exhibition was to raise public awareness of the depletion of natural resources in a context of exponential population growth and the increasing concentration of people in cities. Several tens of thousands of people visited the exhibition.

Again, with the aim of raising public awareness of Earth sciences, the book “Le Tour de France d’un géologue” was published to mark the Year of Planet Earth. This beautiful book gave the general public an insight into France's geological heritage. It has become a bestseller with more than 30,000 copies sold.
These exhibitions and the book helped to spread awareness of BRGM and improve its public image. 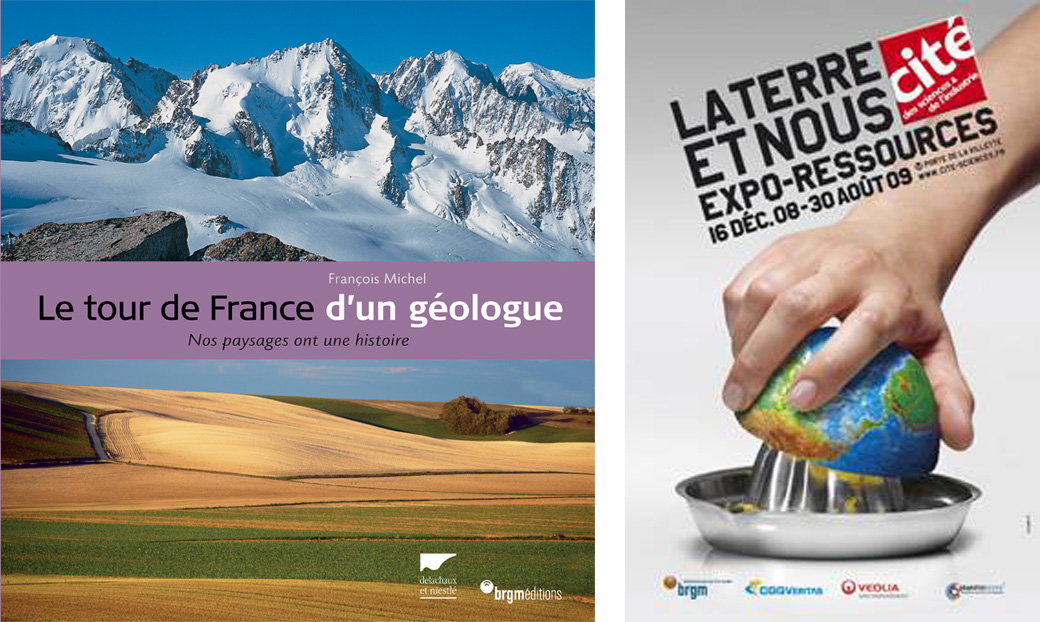