In 2005, the BRGM published the first issue of Géosciences, a journal that deals with the role of the geosciences and how they contribute to important issues in society. Géosciences is intended for an informed readership and has now published 25 issues, including 2 special editions. 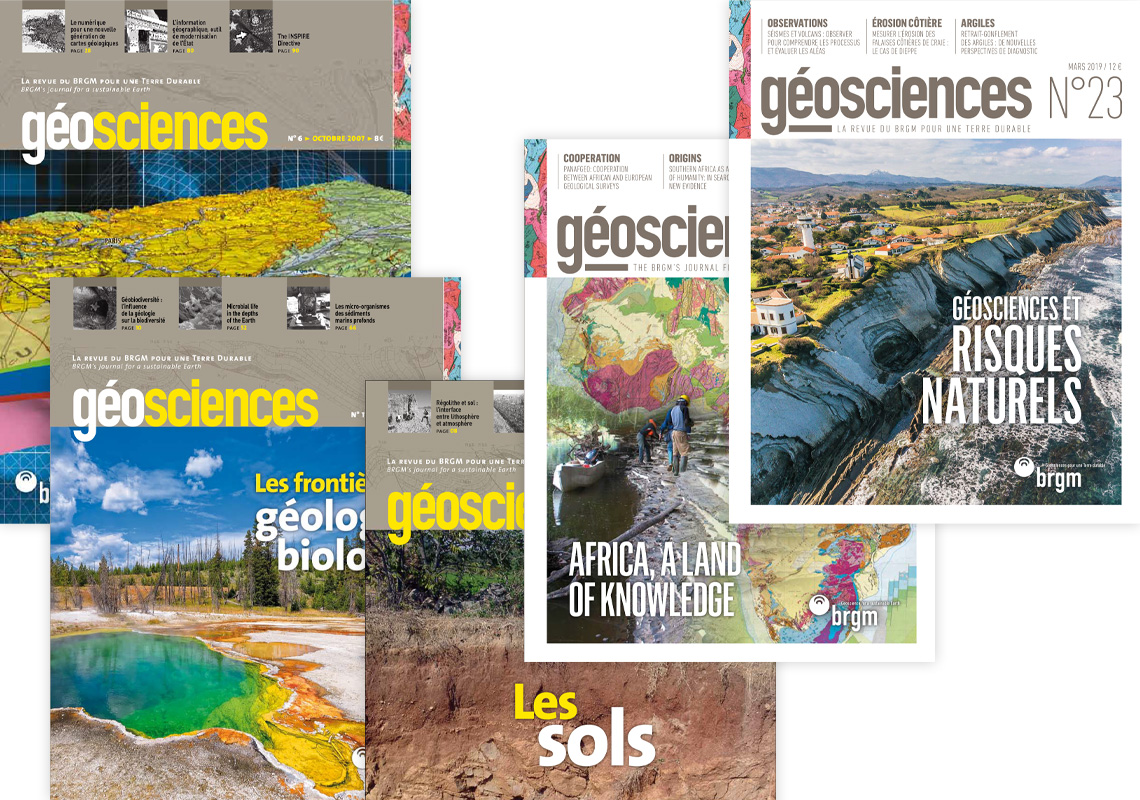 A few covers of Géosciences magazine issues published since 2005. © BRGM

Launched in 2005, the six-monthly Géosciences journal addresses the geosciences in terms of their contributions to society and the economy. Its editorial content, both scientific and technical, deals with major geoscience themes: water, natural risks, urban geology, geology and health, spaces and heritage, mineral and energy resources, polluted soils and waste, the climate emergency, etc.

This BRGM journal is intended for an informed but not necessarily exclusively scientific readership: public policy makers, civil society groups, central and local government, universities, research organisations and anyone with an interest in sustainability and the geosciences.

The specific nature of this journal rests on its authors: all the articles are written by scientists themselves. Whether internal or external to the BRGM, the authors address not only the geosciences as such, but also their legal, economic, social and environmental dimensions.

A special edition for the 60th anniversary of the BRGM

A special edition has now been released for the 60th anniversary of the BRGM. Focusing on major societal issues such as the climate crisis and the circular economy, this edition explains how the geosciences are developing solutions to these challenges.

This new Géosciences issue brings the total to 23 plus two special editions. The next two issues will focus on the Anthropocene and uses of geology, to coincide with forthcoming geological conferences and the Nature congress.

Géosciences is aiming to become a reference journal in the field of the geosciences.

In recognition of its high quality, Geosciences magazine was awarded a Grand Prix COM-ENT and a silver TOP COM in 2006. 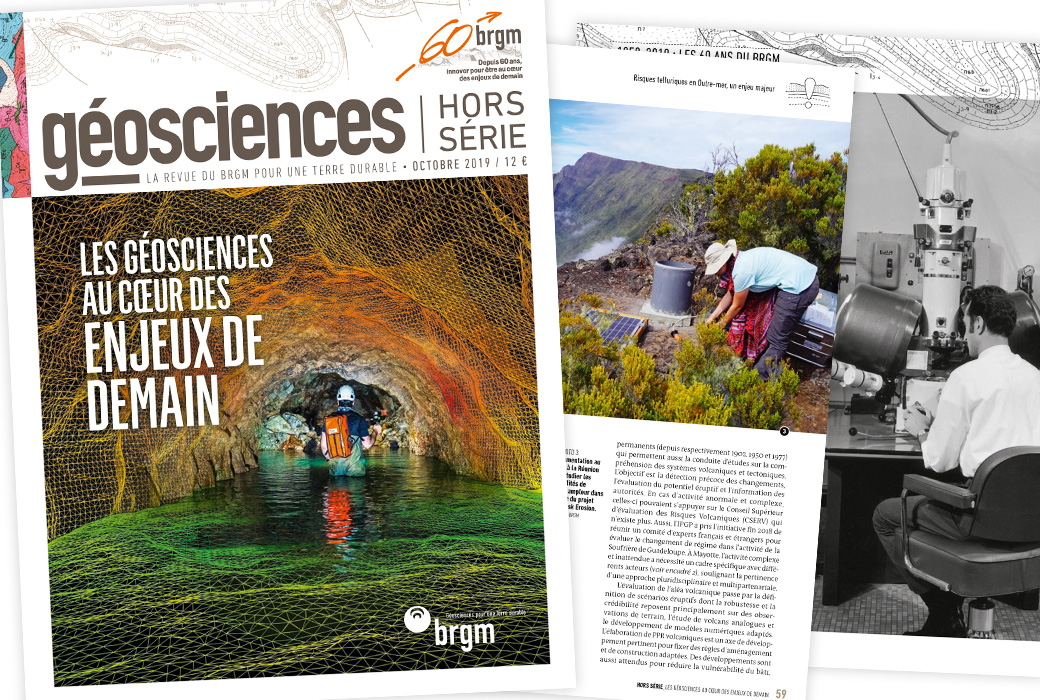 Excerpts from the special issue of Géosciences published for BRGM's 60th anniversary.
© BRGM
Back to the chapter