Publication of a new edition of the geological map of France

BRGM published a revised edition 6b of the geological map of France in 2003. This update was necessary as geological knowledge had evolved. At first glimpse, it looks identical to the previous edition, but if you take a closer look, you can see all the differences and the way in which this emblematic document was enriched. Let us look at the successive versions of the geological map of France and the scientific advances that were reflected in this 2003 edition. 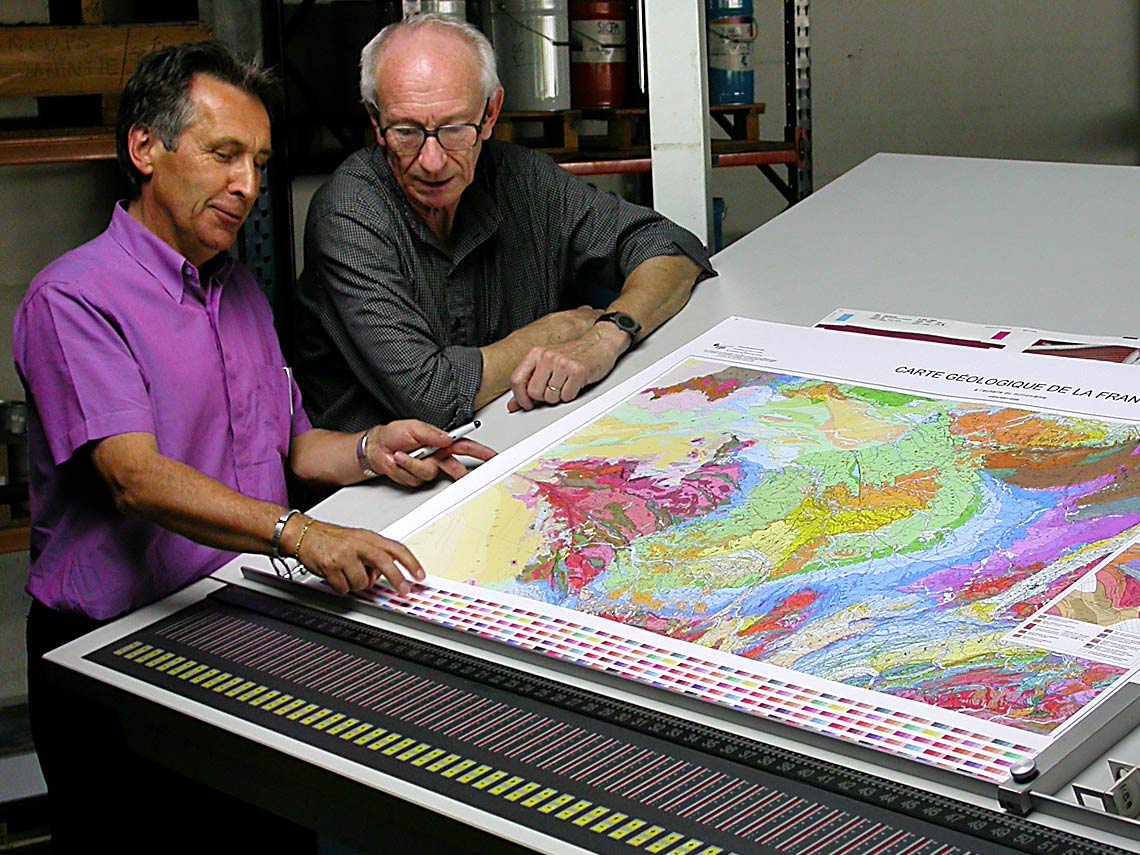 Verification of the colour test of the shades before printing the geological map of France at a scale of 1:1,000,000. © BRGM - Pierre Nehlig

The 6th edition was the distant heir of a map published in 1841 that looks the same and has relatively similar colours. The origin of the colours was due to an amateur geologist named Johann von Charpentier, who represented the different sectors of a map of Saxony in 1778 according to the colour of the rocks.

In 1980, a geological map of France was published for the International Geology Congress in Paris at a scale of 1:1,500,000. It was a significant improvement because it was based on a 1:50,000 scale coverage of 63% of the territory. It also included isotopic datings and showed for the first time the geology of the continental margins. This map was accompanied by a 102-page explanatory booklet. There was to be no equivalent after that.

The 6th edition (1996) was based on an 85% coverage with maps at a scale of 1:50,000. This formidable synthesis document was coordinated by Jean Chantraine (BRGM), who drew on the work of more than a hundred geologists from BRGM, French and foreign universities and the geological survey organisations of neighbouring countries.

Scientific breakthroughs of the revised 6b edition

In 2003, BRGM published edition 6b of the geological map of France. This new enriched map represented the latest breakthroughs along with scientific information. These included, for example, representations:

25,000 copies of this extraordinary document were printed on paper that was specially chosen for its stability and whiteness. This required the creation of 25 special inks selected for their purity and light fastness giving 400 different shades. As all the copies of the first edition were sold, it had to be reprinted in 2017. 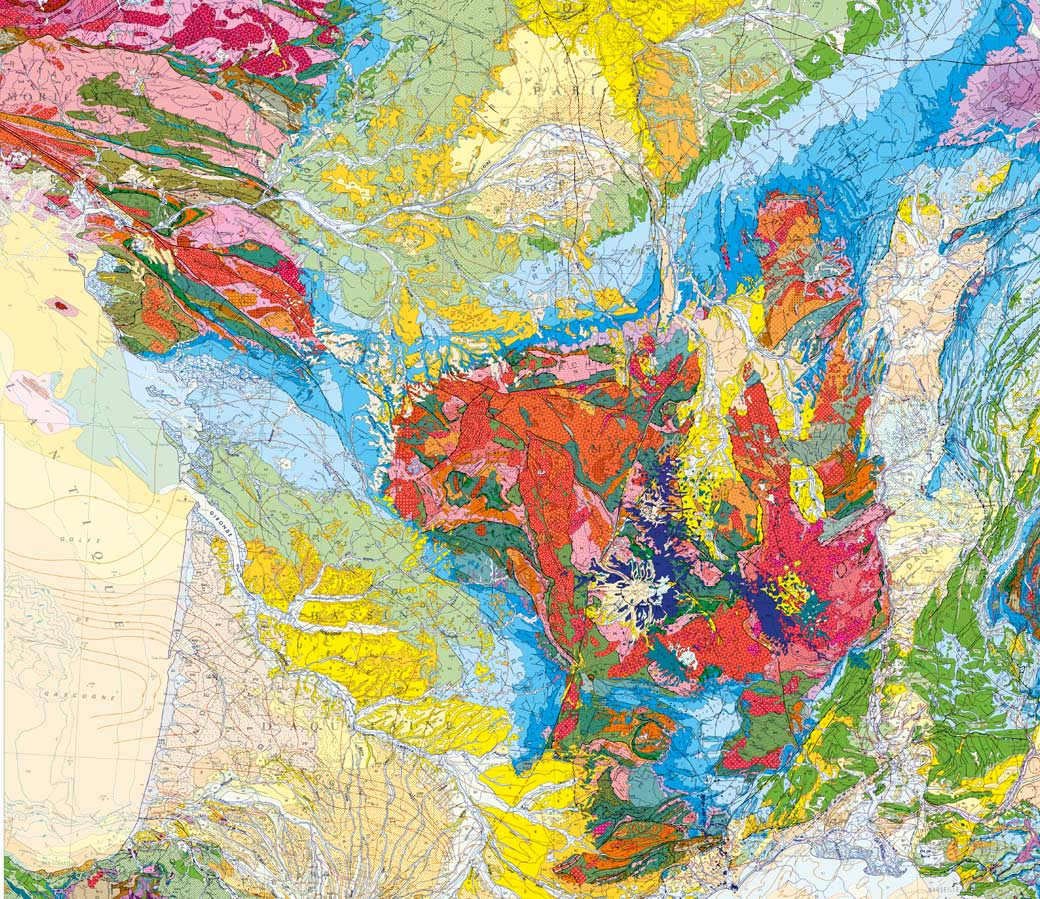 Extract from the geological map of France (2003).
©BRGM
Back to the chapter