BRGM is the main operator of the national piezometric network

The first piezometric networks were set up in 1956 by BRGM in the Nord-Pas-de-Calais, Lorraine and Gironde regions following the worrying drop in groundwater levels linked to the increasing abstractions, particularly for industrial uses. In 2002, it became the main operator. The BRGM now manages some 1600 points. 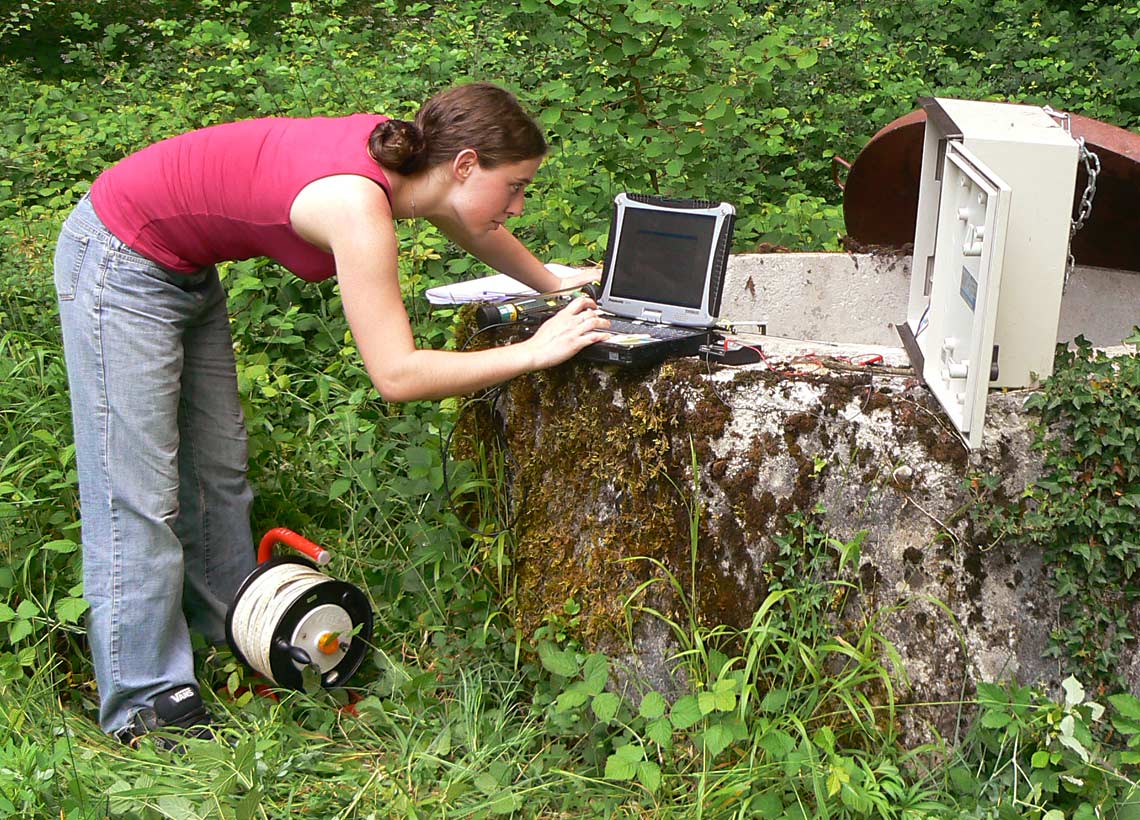 Recovery of piezometric data on a laptop computer in the field, in 2009. © BRGM

With an executive circular dated 26 March 2002, the Ministry of the Environment set up a Water Information System (Système d’Information sur l’Eau – SIE) rationalising the organisation of water-related information (procedures, standards, actors, architecture and IT applications). BRGM was then entrusted with the operation of the national piezometric network, which then had 332 points. Today, BRGM monitors the national piezometric network with some 1600 points. It is the control and monitoring tool used for reports to the European Commission on implementation of the Water Framework Directive.

These piezometers provide very accurate information on groundwater levels. In addition, the Orléans-based establishment uses GPRS technology for automatic data transmission, with 1400 out of 1600 stations equipped at the end of 2019. The data produced are stored and used via the national database ADES, also set up and managed by BRGM.

Cross-referencing these data with different sources (rainfall, river discharges) makes it possible to establish a “Groundwater forecasting system” (MétéEau des nappes), to predict the groundwater level at a given point in the coming months.

The MétéEAU des nappes site aims to provide real-time information “on the evolution of groundwater and to predict its levels for the coming months”, as the hydrogeologist Bruno Mougin explains; a way of meeting the growing needs of groundwater managers and users confronted with climate change.

This MétéEau des nappes system uses GRPS technology to transmit the previous day's measurements every morning, thanks to the interoperability of the specially developed software, which means that data can then be cross-referenced and fed into models that reproduce and then predict the evolution of groundwater levels.

To start with, ten sectors spread over seven regions of mainland France are accessible on the site. New sectors will be accessible as and when requested by partners. 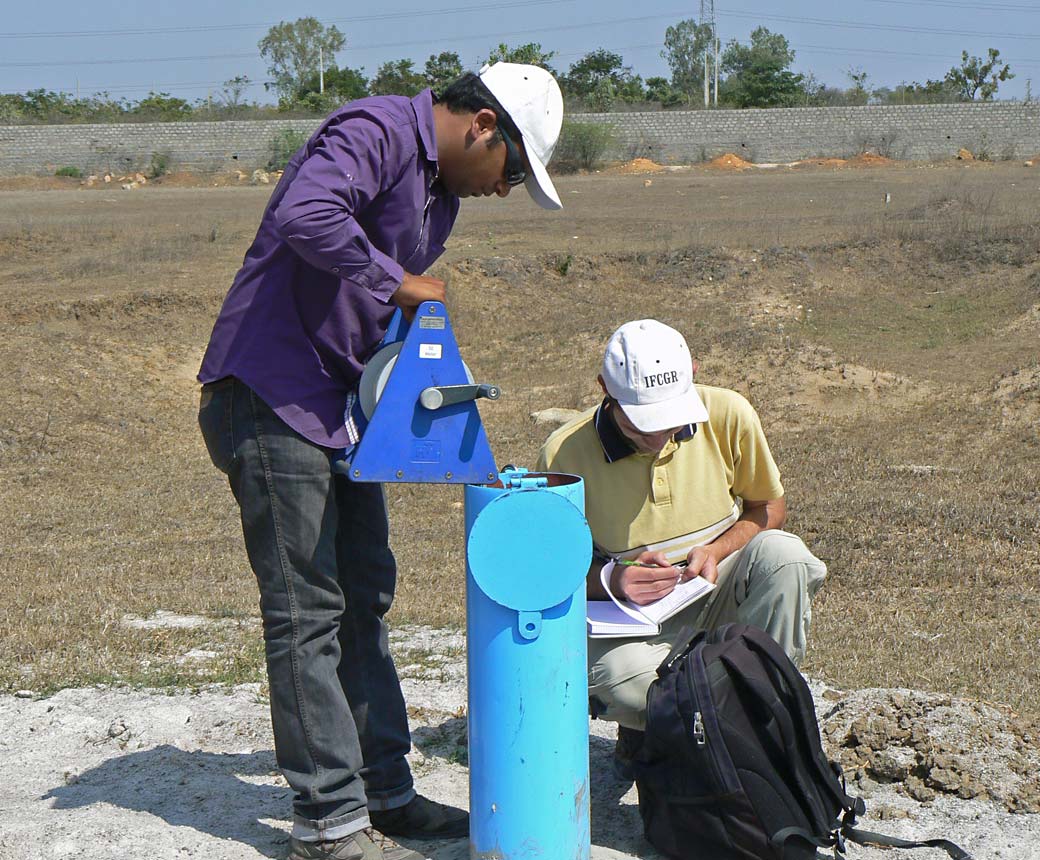 Piezometric survey in an infiltration basin monitored as part of the SAPH PANI project in Andra Pradesh (2013, India).
© BRGM
Back to the chapter