Information available to all

Minitel and later Internet enabled BRGM to make databases accessible to the public. In 1998, the InfoTerre portal was put online. From then on, the Subsurface Database (BSS) could be consulted by both private individuals and geological consultancy firms. 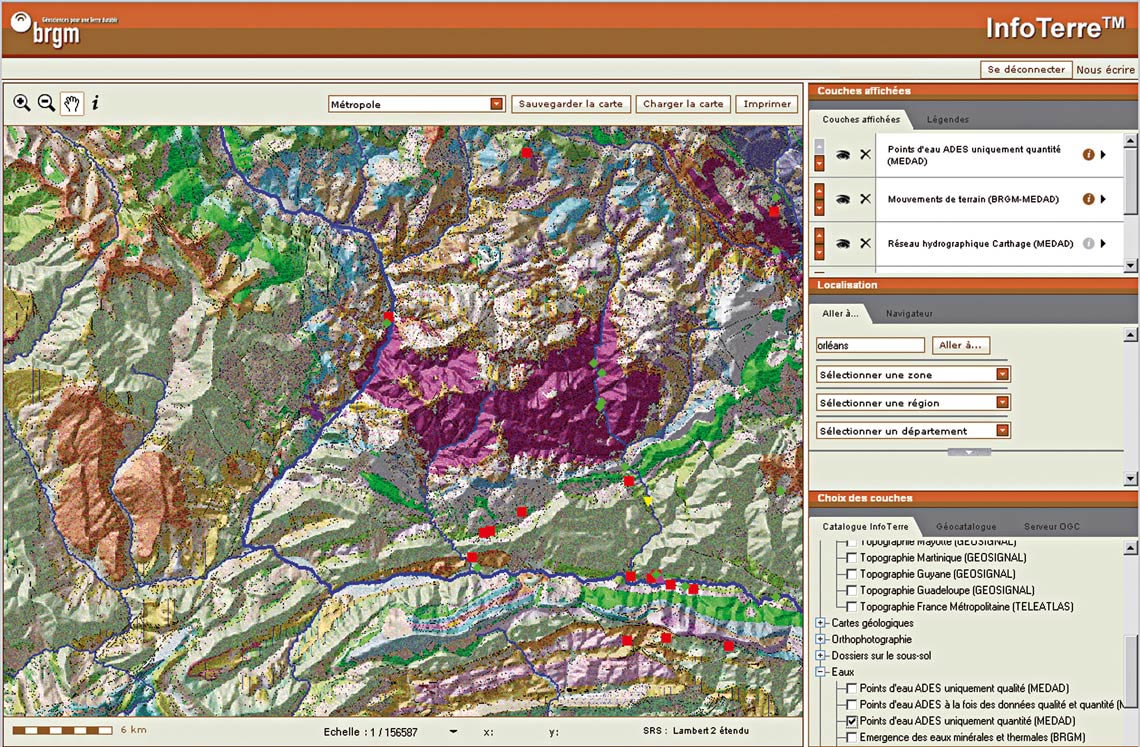 Since 1986, the public has had access to the information in the Subsurface Database (BSS) through the Minitel, in the form of the Géobanque service. Aided by technological developments, the aim was to disseminate the data more widely. It was decided to make BSS data accessible via Internet.

In 1997, the subsurface database was put online, and several services were thenceforth made available to the general public, notably through the InfoTerre portal.

InfoTerre, a project initiated in 1998, is part of BRGM's public service mission. Its objective was to provide everyone with all the soil and subsurface data managed by BRGM. It then became possible to search for information by selecting a geographical area on a map. The first versions mainly disseminated data from the Subsurface Database (BSS), geological maps and BRGM's public service reports.

At the same time, BRGM began scanning non-digitised paper documents for the new BSS files. As of 2007, the digitisation was extended to include all paper documents in all old files. The goal was to put all the information in the Subsurface Database online for everyone.

Another service was set up, the Géorapports portal, which allows users to consult all the available drilling data for a given geographical area. The data is then presented in the form of a report that also includes validated geological logs and scanned documents.