A pioneering position for BRGM in CO2 storage

Since 1992, BRGM has been working on the concept of CO2 storage in geological formations as part of European research projects. This technology appears to be one of the possible ways of controlling greenhouse gas emissions to combat climate change. However, when BRGM extolled the virtues of CO2 storage in the 1990s, recognition was not forthcoming. It wasn’t until the 2000s with the 2005 IPPC report and the 2009 European Directive on the geological storage of CO2 that BRGM received the recognition it was expecting. 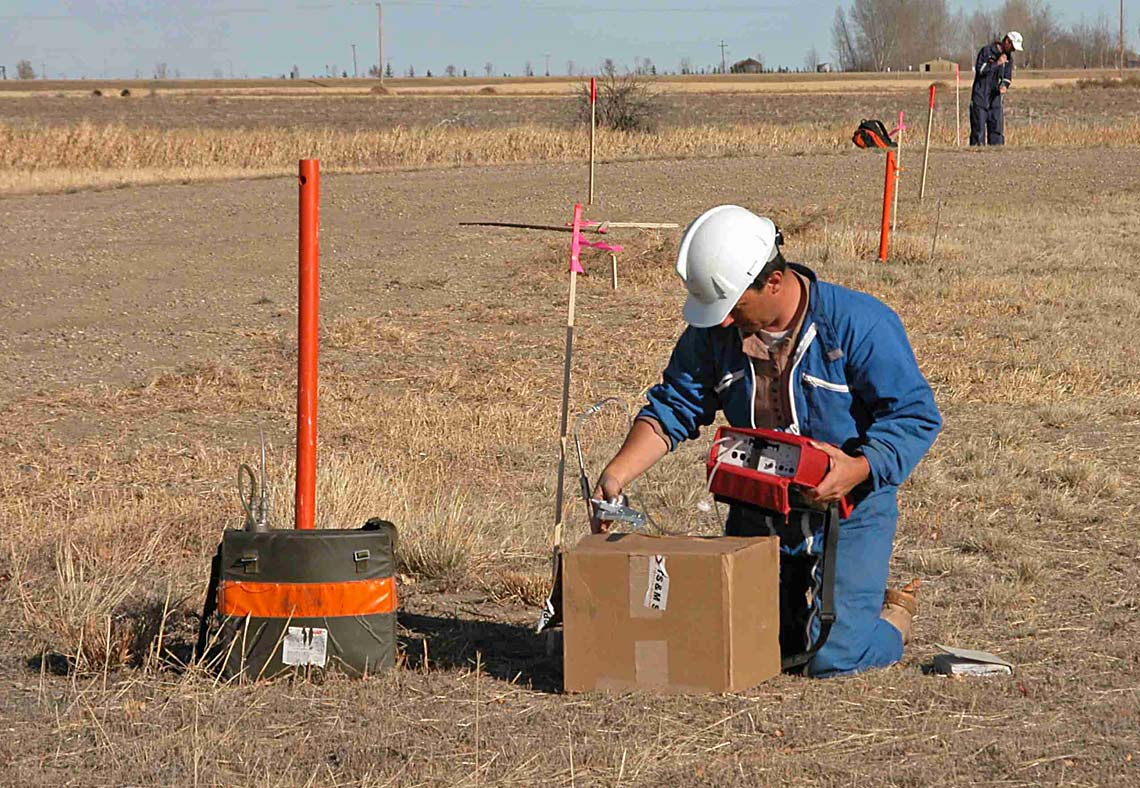 Soil gas measurement campaign in partnership with the BGS and the University of Rome at the Weyburn oil site in 2003 (Saskatchewan, Canada). © BRGM - Gilles Braibant

BRGM took part in European research on the geological storage of carbon dioxide. This method of storing carbon dioxide required ironclad guarantees about storage capacity and reliability, and convincing expert analysis in the impact and safety reports to be submitted by prime contractors.

At the heart of European projects

Since the first European project known as The Underground Disposal of Carbon dioxide, carried out from 1993 to 1995 in partnership with British, Norwegian and German research organisations, which demonstrated the feasibility of this technology, BRGM has collaborated on several major research projects, in partnership with numerous research organisations and major French and European companies (BGS, BGR, BP, GDF, IFP, TNO, Total, Vattenfall Statoil, etc.). In 2001, BRGM participated with Ademe and IFP in the creation of the CO2 Club, which now brings together all major French players in the field from both industry and research. This group conducted a countrywide projection study on the energy policy strategy for CO2 capture and storage technologies. Since 2005, BRGM has made a significant contribution to the National Research Agency (ANR)’s programme on CO2 capture and geological storage.

At the European level, it played a major role in the creation of the CO2GéoNet network of excellence, which was launched as part of the 6th Framework Programme for Research and Technological Development. From 2003 to 2009, this network involved 13 research organisations from 9 European countries. In 2008, it became an association under French law, promoting European dialogue on research, science outreach and education.

Furthermore, thanks to its geologists, geophysicists, hydrogeologists, geochemists, mineralogists, modellers and by focusing on deep aquifer storage, BRGM plays a key role in France and Europe in the carbon dioxide capture and storage sector. This technology is clearly one of the responses that the international community will implement quickly to hopefully stabilise carbon dioxide concentrations in the atmosphere.
The pioneering position taken at the time amid general indifference proved to be a valid one.