In the early 1990s, BRGM took on new research and public service roles. The organisation also changed its structure, with the creation of the LaSource and Antea subsidiaries. During the nineties, BRGM was also placed under the supervision of two French Ministries, thus formalising its status as a research institution 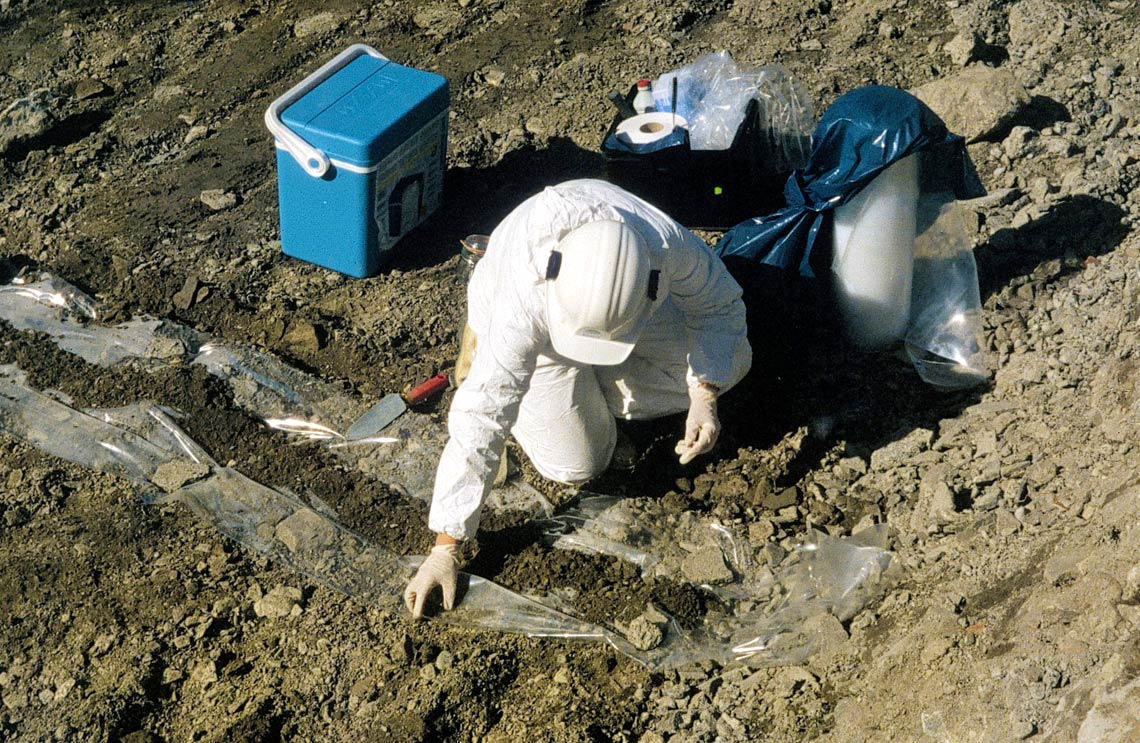 Sampling in the industrial landfill of Gonesse (Val d'Oise). © BRGM

After the turbulence of the previous decade, 1990 marked the beginning of greater stability and a more promising outlook, with more than 80 people hired and an end of year profit.

1990 was also the year in which the organisation’s engineering activity took off, accounting for more than 50% of BRGM’s business for the first time in the organisation’s history. However, the mining sector had started to experience difficulties, with the spectre of more to come. At the end of 1992, the broad lines of a restructuring plan were adopted by the board of directors. Since BRGM was a public institution, its roles would henceforth be to perform research and provide a public service while its commercial and mining activities would be carried out by specialised subsidiaries.

All engineering and consultancy activities were thus transferred to Antea, which was staffed with the 400 engineers, technicians and administrative personnel from the Soil and Subsurface Services Department known as 4S, which included the units specialised in development and whose main purpose was the geographical distribution of commercial operations.

In the mining sector, the restructuring of the group resulted in an agreement with the Australian group Normandy and the creation of the LaSource Mining Company, which took over most of its mining assets.

The 1994 restructuring meant that BRGM could now focus on providing a public service and scientific research in line with the French government’s strategy. Marking this new clarity of focus, the decree of 1 July 1998 formalised BRGM’s status as a research institution by placing it under the joint authority of the Ministries of research and industry.

However, in 1999, due to a lack of financial resources and disagreements between partners, LaSource was dissolved and BRGM ceased all mining investment financing. 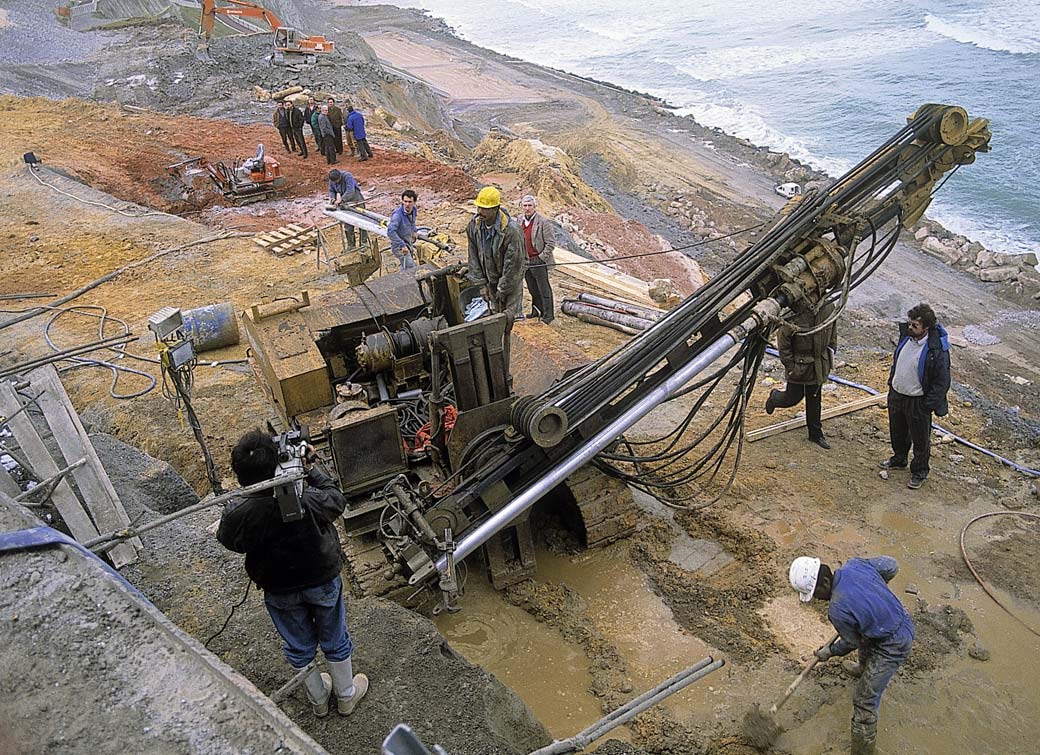 Stabilisation of cliffs (Biarritz, Pyrénées-Atlantiques, 1991).
© BRGM
Back to the chapter