A major statistical hydrogeological study of the West African bedrock, considered to be impermeable, was carried out on the initiative of hydrogeologists seconded to the Intra-African Centre for Hydraulic Studies (CIEH) in the mid-1960s. The mission has significantly improved the living conditions of rural populations by providing them with lean water. 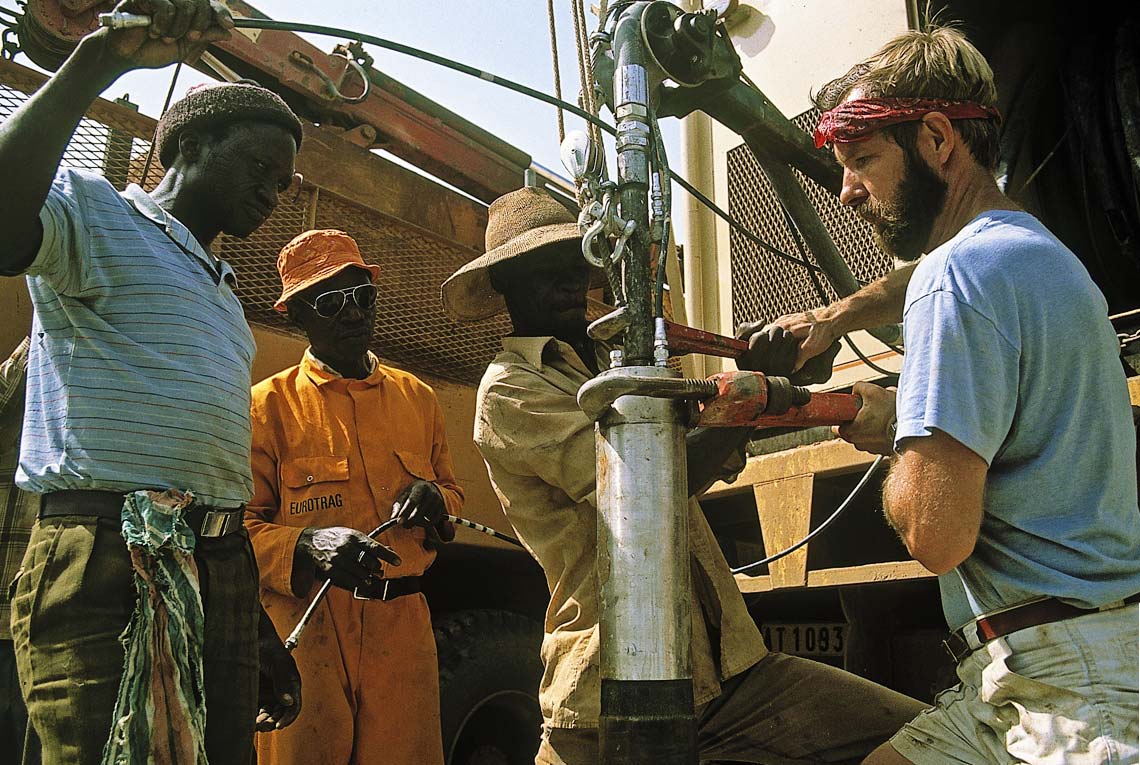 Work outside our borders accounted for a very significant part of BRGM's hydrogeological activities until the 1990s, with permanent bases in Morocco, the Arabian Peninsula and West Africa (Mauritania, Senegal, Togo, Burkina Faso, and Niger). These bases have been closed successively since European Member States joined forces to cooperate within the European Commission and consequently, the European effort has shifted to the pre-accession candidate states of Eastern and Central Europe. The BRGM has since gradually installed bases again in the Arabian Peninsula and India for joint scientific projects and also in Oman. Its main activity involves assessing groundwater resources and helping to set up systems for monitoring and managing them, with the aim of supplying water to cities, to village populations, industrial sites and also to integrated hydro-agricultural projects.

A revolution for rural people

In the mid-1960s, a major hydrogeological study of the West African bedrock, previously considered "impermeable", concluded that water could be found in fractures of granitic rocks at depths of 80 to 100 m. The transfer to hydrogeology of a drilling technique used for mineral exploration (known as the "down-the-hole hammer") makes it possible to excavate a water well in granite in one day. First used in Mali during the drought of 1972-1973, this technology was to be used to quickly, economically and successfully drill water wells and equip more than 12,000 villages in Morocco, Mauritania, Senegal, Chad, Togo, Gabon, Niger and Burkina Faso in a few decades. 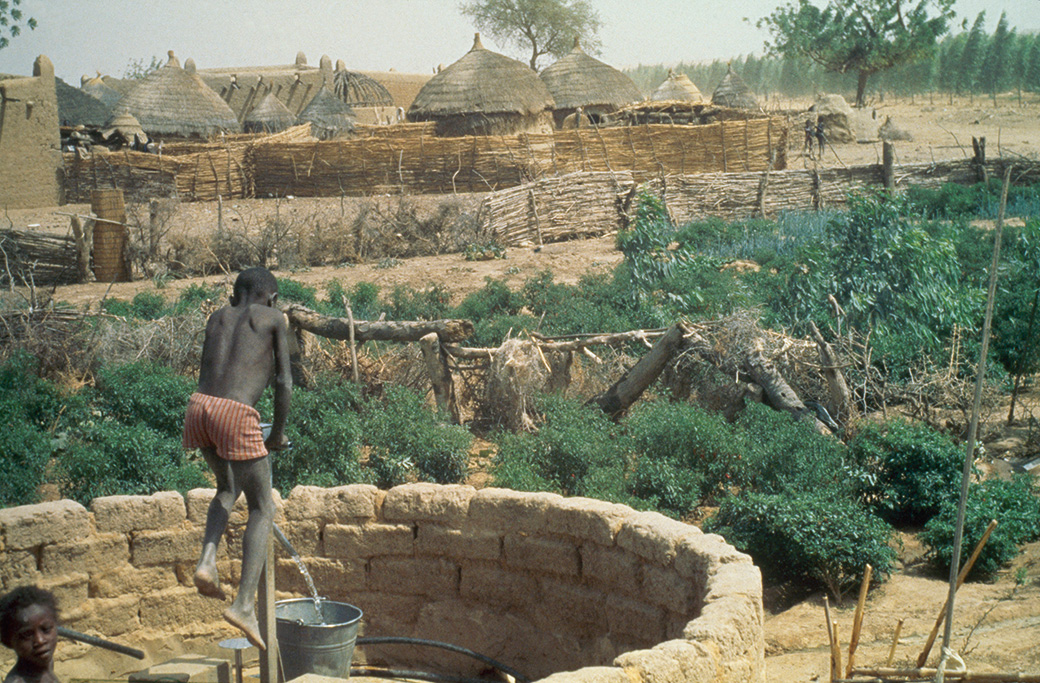 It was a revolution to be able to provide rural communities with clean water, close by, all year round. Incidentally, this quality water has played a beneficial role in meeting food needs through the creation of "small irrigated areas" and the development of subsistence crops. Over the past thirty years, regular feedback from this work has significantly improved our knowledge of groundwater resources and hydrological and geophysical techniques. Furthermore extreme geo-climatic contexts have often made it possible to usefully test these new methods to their limits before "re-importing" them in temperate climates. Bedrock hydrogeology thus progressed significantly in the 1980s. The peak of this major statistical hydrogeological study of the West African bedrock is considered to have been in 1986, when 1,470 boreholes were drilled. 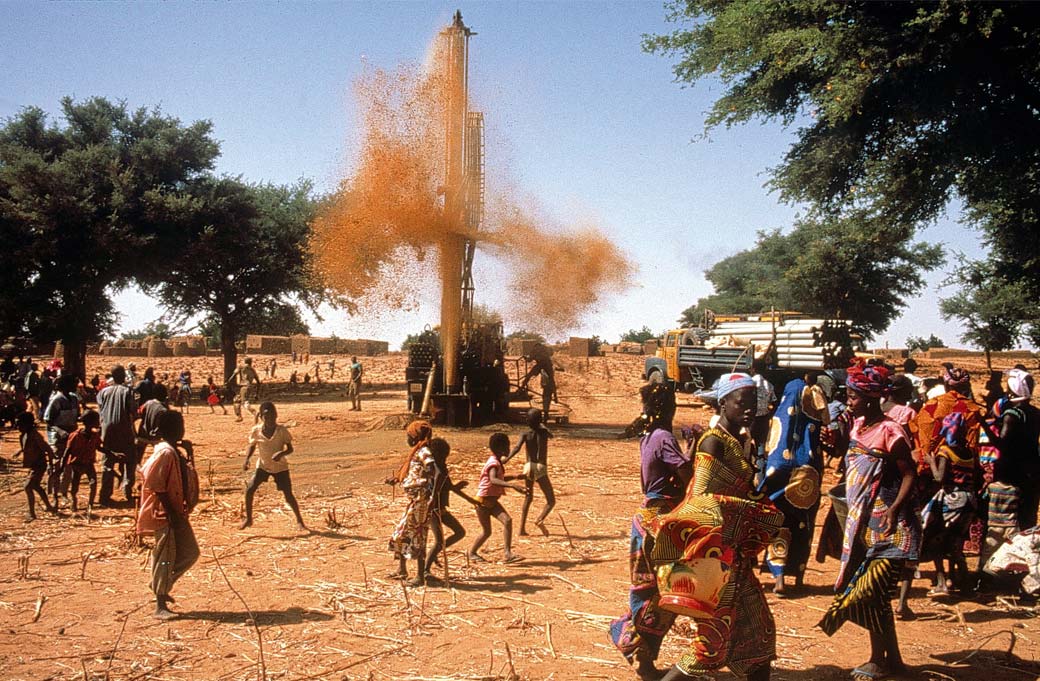 Water drilling, village hydraulics in Larba-Birno (Niger, 1973).
© BRGM
Back to the chapter