BRGM and the Channel Tunnel

In charge of the Channel Tunnel project, Bouygues asked BRGM to do the geological and geotechnical studies for the tunnel. BRGM’s teams then played a decisive role by producing detailed geological cross-sections for the entire construction project. 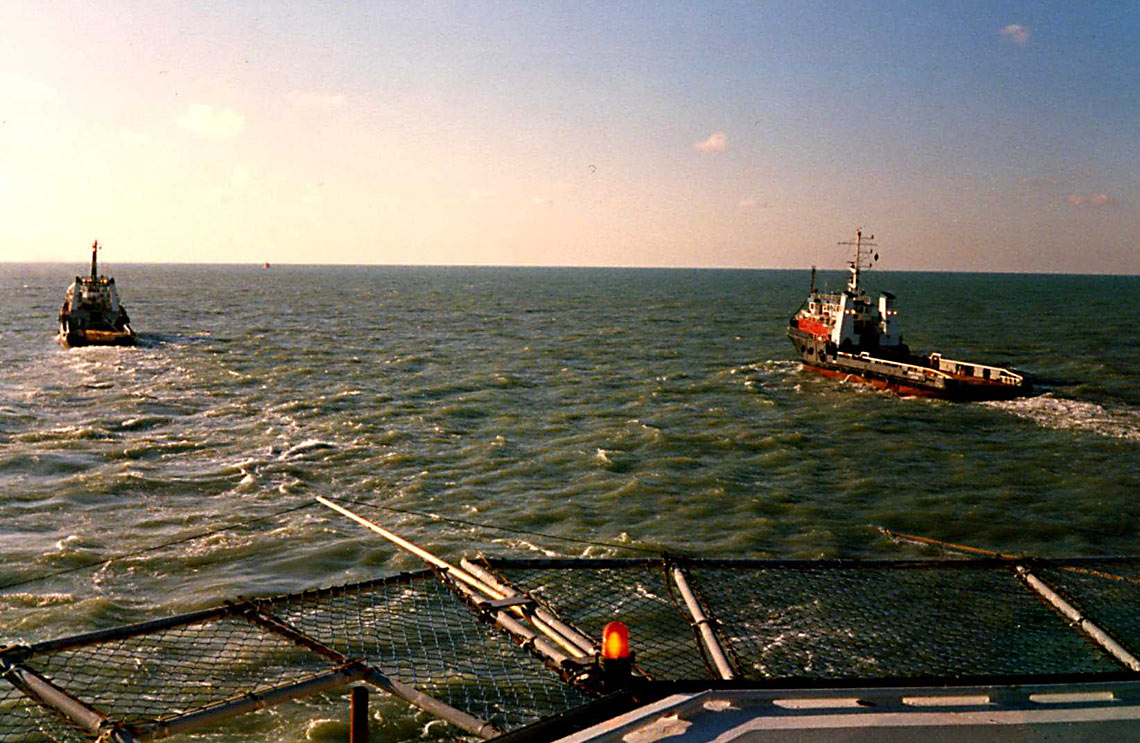 Relocation of a working platform during the Channel Tunnel works between Dover and Calais (Pas-de-Calais, 1986). © BRGM - Gilles Demangeon

BRGM's role was crucial in planning, monitoring and interpreting the surveys carried out in 1986-1987 to produce detailed cross-sections for the construction project, which required more than a general geological map. To do this, BRGM put together a multidisciplinary team whose expertise covered marine geology, sedimentology and micro-palaeontology. Geophysicists were called upon to produce well logs as part of the offshore surveys and to interpret 1,500 km of seismic profiles acquired for the Channel. The geotechnical team took permeability measurements during deep-sea drilling operations and managed both the studies and the coordination with the contractors’ project team. 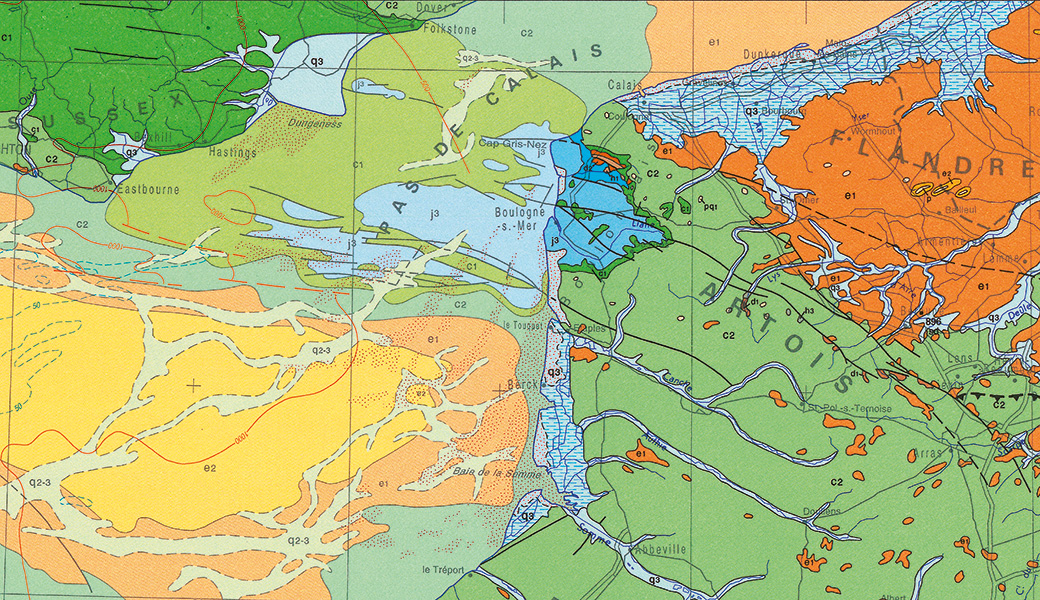 BRGM’s biggest achievement was to implement geostatistical methods to interpolate values between known data points - in this case the 50,000 geophysical survey points - marking the first time in the world such methods had been used in a civil engineering project. BRGM used this analysis to define the exact boundaries of the various geological layers to within 2 metres over the total tunnel length of 50 km. The work confirmed the accuracy of the cross-sections provided by BRGM with a mean error of 0.70 metres and a maximum error of no more than 5 metres on establishing where blue chalk came into contact with underlying Gault clays, since the tunnels had to be excavated in the former without drilling into the latter.

The use of fossils

Geologists use microscopic fossils to calibrate boreholes. Interestingly, this technique was used to guide the digging of the Channel Tunnel. The level through which the tunnel was to pass was Cenomanian blue chalk because it is generally impermeable due to its high clay content (25%). The grey chalk just above contains only 10% of clay. The problem was that the change between chalk formations was not easy to detect at a glance. BRGM used Rotalipora reicheli, planktonic foraminifera measuring a few hundred micrometres to determine the upper boundary of the blue chalk layer. Because of their short life-span, the plankton, found  throughout the Pas-de-Calais strait, were the ideal markers for geological dating. Had it not been for the microscopic fossils, the Channel Tunnel might not have been dug in the right place. 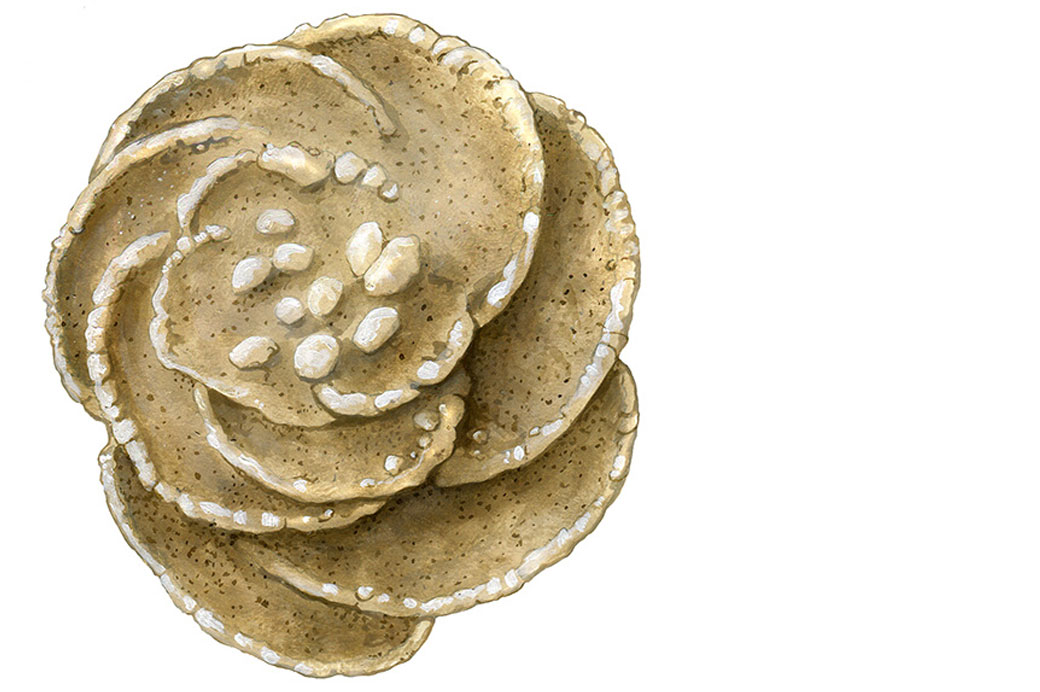 The fossil microscopic species "Rotalipora reicheli" (0.5 mm in diameter).
© BRGM
Back to the chapter