The "Deep Geology of France" programme has enabled new knowledge of the subsurface to be acquired through deep drilling campaigns. Despite the considerable amount of data acquired, the programme ended in 1994 and gave way to the Geofrance 3D programme for three-dimensional imaging of France’s subsurface geology. 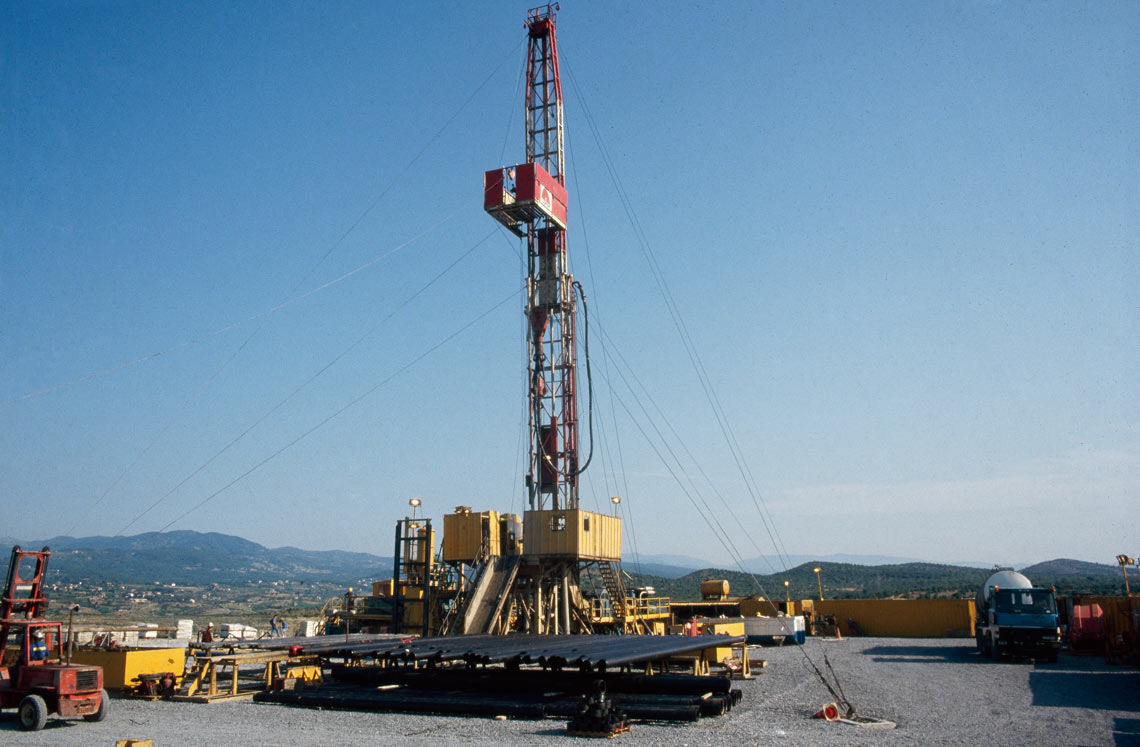 In the 1980s, several countries undertook deep drilling campaigns for scientific purposes. The "Deep Geology of France" (GPF) programme was then started in 1982. It had three objectives: to identify the structure and composition of ancient bedrock, to improve knowledge of the major sedimentary basins and to investigate the geological structures they have covered, to identify the existence and extent of deformations of folded mountain ranges and to understand geological changes.

The drilling campaigns were thus intended to improve knowledge of France’s subsurface structures. Indeed, while geophysical prospecting reveals the depths of the globe, it is sometimes necessary to have a more direct view of the rocks.

Between 1982 and 1995, a series of deep drilling campaigns were carried out

A national symposium was organised in Paris in June 1982 with 11 main themes selected from about 100 proposals from various stakeholders in the geoscientific community, which later led to calls for tenders. Between 1982 and 1995, several deep boreholes were drilled, most of them with oriented coring along most of their length, with the results being used in multidisciplinary studies: stratigraphy, structural analyses, well logs, fluid studies, etc., carried out as part of broad cooperation agreements.

Despite all the data acquired by the GPF program, which can be used for both fundamental research and mining companies, the scientific drilling programme was ended in 1994 and replaced in 1995 by the Geofrance 3D programme. This national scientific programme provides three-dimensional imagery of France's subsurface.

Based on advances in seismic tomography, Geofrance 3D has enabled the acquisition of new data on the national subsurface without the need for costly drilling operations. The programme was completed in 2000.

Example of three-dimensional imagery of the subsoil with the national scientific program GeoFrance 3D (France, 1995).
© BRGM
Back to the chapter