The BRGM gained an increasingly international reach from the mid 70s, as contracts were signed with Morocco, Iran, Canada and again with Saudi Arabia -  this time to work on water issues. This first "Saq" contract with Saudi Arabia was renewed in 2004 and again in 2007. 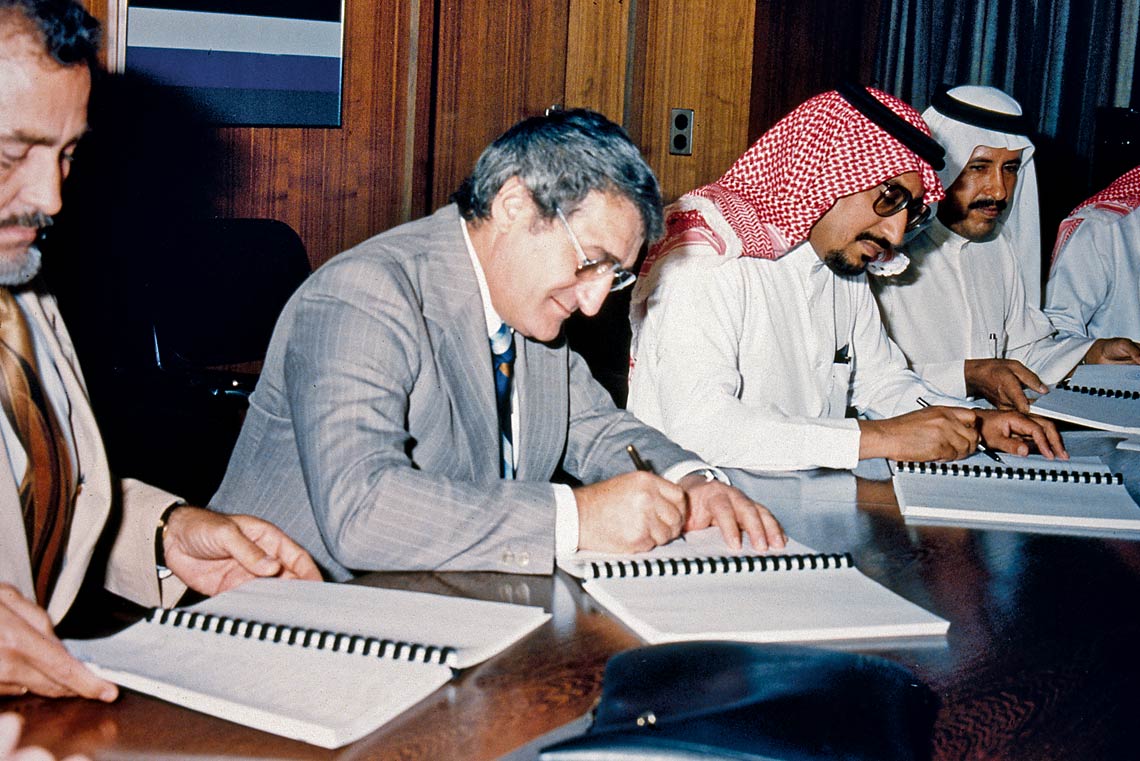 In pursuing its international strategy, the BRGM began to take an interest in hydraulic aspects in Saudi Arabia. The major hydrogeological studies it conducted in Saudi Arabia, first from 1981 to 1985 (Saq 1), then from 2004 to 2007 (Saq 2), concerned all aquifers in the sedimentary layer capping the bedrock of the Arabian Peninsula, and covered nearly 400 000 km2 in the north-west of the country. The thick Cambrian-Ordovician "Saq Sandstone" formation lying at the base of the sedimentary series forms an exceptionally deep and extensive freshwater reservoir. Since the early 1980s, agriculture in the region had been developing rapidly with thousands of irrigation wells drilled into the Saq aquifer.

The Saq 1 study: simulating different water abstraction scenarios for the next 20 years

The Saq 1 study included collection and processing of available data, an inventory of nearly 1000 boreholes, chemical analysis of some 15000 water samples, drilling 30 boreholes down to 150 to 2500 metres and a study of aquifer recharge. The outcome was a hydrogeological synthesis associated with a map of the sedimentary basin of the Arabian platform, both produced by the BRGM, followed by development of a digital model of groundwater flows which it used to simulate different abstraction scenarios for the next 20 years.

Twenty years later, given the increasingly rapid drop in the water table, the Saudi Minister for Water issued the Saq 2 call for tenders to update the Saq 1 study.

Once the very extensive fieldwork (2004 to 2006) had been completed, a regional geological model in 3D was built up and the time series on pumping, water table levels and water quality since 1980 were reconstituted in order to calibrate a new hydrodynamic model which the BRGM, in close coordination with the Saudi ministry for water, used to run numerous simulations to analyse the long-term (50-year) impacts of the measures being considered to completely overhaul the use of groundwater resources. 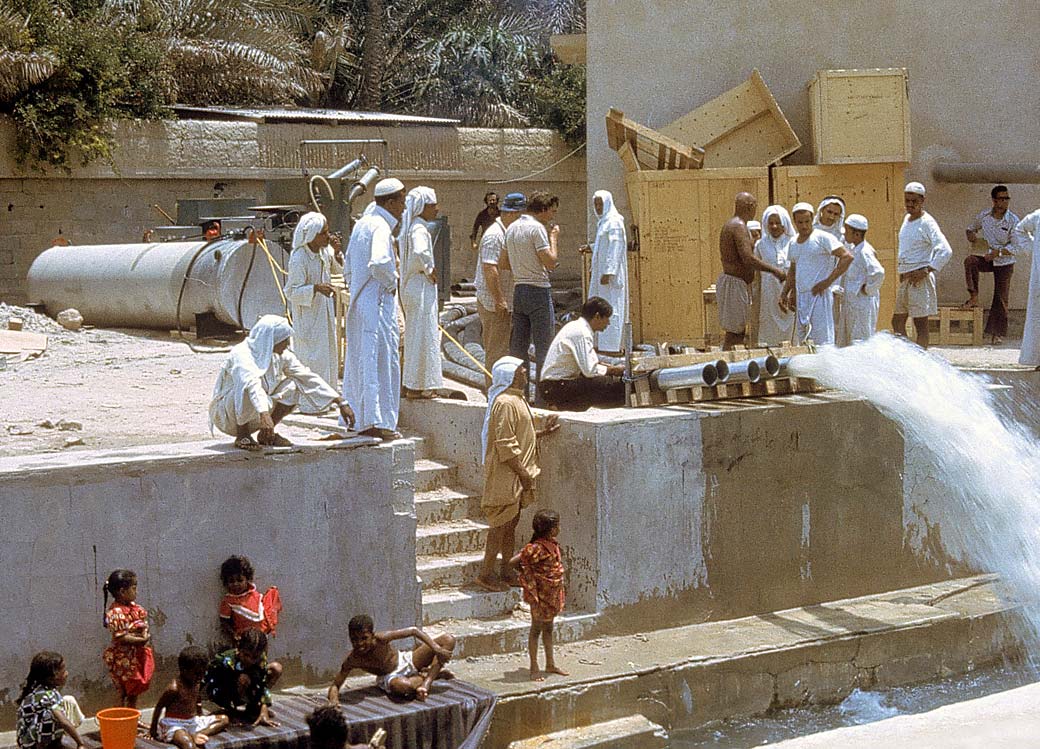