The development of 3D geological modelling at BRGM 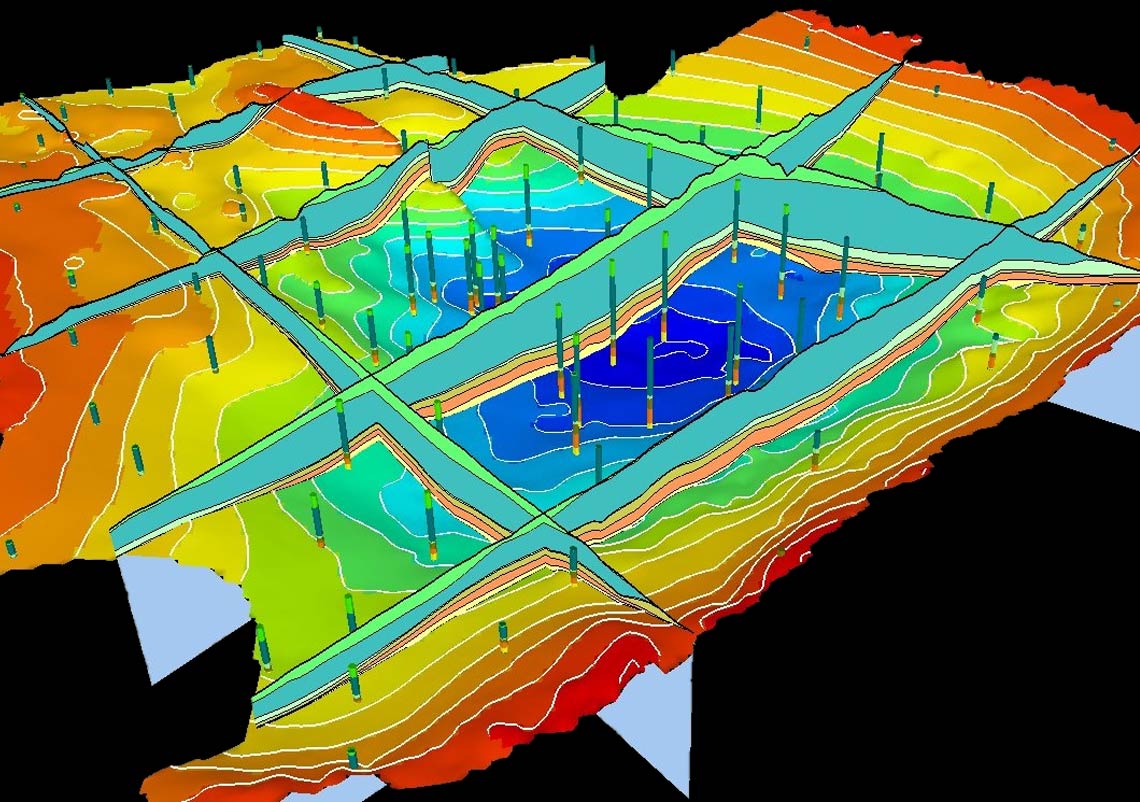 Geological model of the Albian aquifer in the Paris Basin. Jurassic roof and cross-section in underlying formations – GDM. © BRGM

Thanks to BRGM geologist Georges Matheron's pioneering work on geostatistics in the 1960s, BRGM was the first geological survey organisation to develop geological modelling tools, which later evolved to become GDM (Geological Data Management) and GeoModeller.

GDM was designed in 1981 for geological or mining applications as software consisting of a set of 80 interactive programs. In the 1990s and 2000s, it was completely redesigned (i) in terms of its IT architecture, now based on a set of reusable components; and (ii) in terms of its Windows user interface incorporating 3D data visualisation.

Today, the GDM software can process, model, represent and display surface and subsurface geoscience data. It includes GDM Standard Edition, GDM ArcGIS for basic graphics (sampling logs, maps, cross-sections, 3D displays) and geostatistical calculation features, and GDM MultiLayer. The latter software was developed in 2009 as an extension for 3D geological modelling, mainly designed for basin and alluvial environments. GDM thus has many applications for making inventories of aquifers, for urban geology and geotechnical engineering, for land management and diagnostics of soil contamination, and for post-mining.

To cite but a few examples, the optimal Channel Tunnel route and the related geological reconnaissance campaigns were planned using GDM. Geological models of several urban areas (in Lyon, Toulouse, Paris, Île de Nantes and the ongoing Grand Paris project) and many aquifers were built using this tool including the North-Aquitaine “MONA” model, models for the Albian and Cenomanian aquifers in the Paris Basin and the Infra-Toarcian aquifer in the former Poitou-Charentes region, as well as the SIGES information system for the Centre-Val de Loire region. More than a hundred studies and models have been produced in the last 15 years. GDM is also used today by geologists in organisations in France and worldwide. These are major players in large infrastructure projects, including ANTEA, EGIS, SYSTRA, SNCF Infra and Artelia, mining companies, such as OCP and Vicat and geological survey organisations in countries such as India and Morocco (ONHYM). It is also used for teaching, training (e.g., the European PanafGeo project) and academic research in France and other countries.

Since 2013, GDM has been offering Web services for the graphic plotting of geological data and models, as used in BRGM's geoscience data access portal Infoterre, as well as in applications of the BRGM geological data information system. 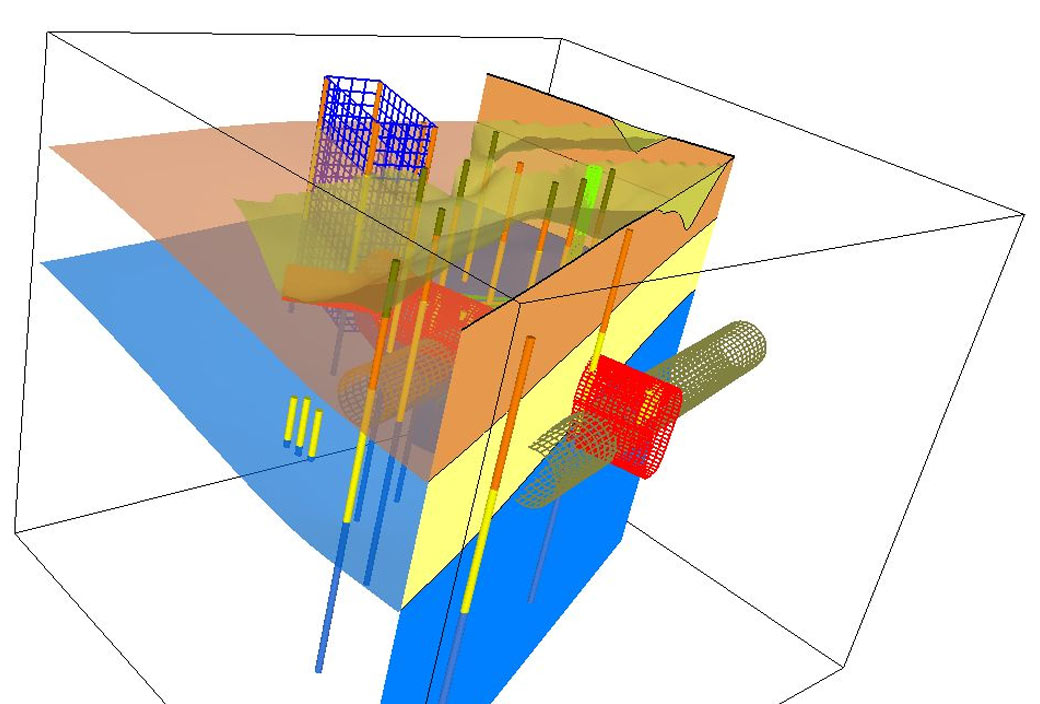 GeoModeller is another tool that was developed to fulfil needs not covered by GDM. The aim was to model complex geometries such as reverse faults, intrusion, overlap and recumbent folds and to couple geological modelling with gravimetric and magnetic geophysical survey results.

GeoModeller was developed from the mid-1990s as part of GeoFrance3D (1995–2000), a national research programme for producing three-dimensional knowledge of the subsurface in France. From the beginning, the tool enabled users to combine maps and cross-sections using geometric data acquired over a specific area. The 3D model obtained displays all geological structures in a single repository.

In the early 2000s, GeoModeller became much more than a simple cross-section editor: interpolation and visualisation methods had improved, facilitating the geological interpretation of France’s subsurface. The software’s uniqueness is due to the fact that it combines geological modelling with geophysical data through direct calculation or inversion.

In early 2005, BRGM signed a partnership agreement with Intrepid Geophysics to research, develop and market the software.

GeoModeller is used in more than 65 countries in Europe and worldwide to interpret any type of geological context in a range of fields, including mapping, mineral, water and geothermal resources, hazards and civil engineering (tunnels and other types of underground infrastructure), as well as for training. There have been many world-class scientific publications about it.

As complementary software, GDM and GeoModeller are decision-making tools for helping to shape public policy, as well as for scientific research and commercial projects. They showcase BRGM’s know-how in geoscientific data processing and interpolation and help ensure that three-dimensional interpretations of the subsurface are consistent.

3D-model of the Alès coalfield obtained with GeoModeller.
© BRGM
Back to the chapter